One month ago, Bollywood Hungama exclusively spoke to Subhash Kale who accused the makers of Captain India of plagiarism. According to Subhash Kale, his upcoming film Operation Yemen is based on the same episode which is being tackled in Captain India, that is, Operation Raahat, a 2015 operation wherein the Indian Armed Forces under the leadership of General V K Singh evacuated Indian and foreign citizens from Yemen during the Yemeni crisis. Subhash Kale’s explosive interview came just a week after Captain India was announced with much fanfare. It stars Kartik Aaryan, directed by Hansal Mehta, and is produced by Harman Baweja and Ronnie Screwvala. 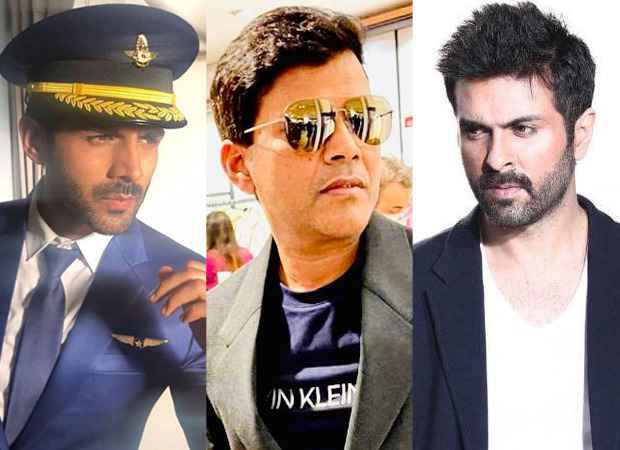 Bollywood Hungama has now found out that both Subhash Kale and Harman Baweja have spoken to each other and the controversy has ended. Subhash Kale told us, “I spoke to Harman Baweja yesterday. We were misinformed about certain things and the timelines. We thought we registered the film first. Harman ji told me that they have been working on the film for a long time. But due to the Covid-19 pandemic, they had not approached anybody. He spoke to me with clarity. My best wishes are with him and the entire team of Captain India.” He added, “I realized that even they have put a lot of effort on their project. We had feared that somebody leaked our story and gave it to them.”

Interestingly, when Captain India was announced, the makers never mentioned on the poster or in the press releases that the Kartik Aaryan starrer is based on Operation Raahat. Subhash Kale then had reasoned that Captain India is indeed based on the same episode. And it was proved when he had a conversation with Harman Baweja.

Subhash Kale revealed, “Yes, both the films are indeed based on the same episode. Since it’s a true incident and all the details are there in the public domain, one can’t claim to have the rights over a subject. Not just 2, even 4 films can be made on the same episode. Also, I never used the word ‘plagiarism’. I just meant that both films are similar. They registered the script in 2017. We meanwhile started working in 2016. The cousin of our director Sanjay Sankla was the pilot in this mission. So we began work in 2016 but we started developing the script only in 2019-20. And then we completed writing it on June 7, 2021. We had started approaching artists.”

In our earlier interview, Subhash Kale had expressed a wish of signing Akshay Kumar for the role of the pilot and Paresh Rawal to essay the part of General V K Singh. When asked whether there has been any update on this front, Subhash Kale replied, “No, we haven’t worked on the casting as we were busy solving this problem. So the casting was kept on hold. I just spoke to Harman ji yesterday. Because we taught ki baat karke hal nikaalna chahiye. And also, we didn’t want to spoil relations.”

Subhash Kale had complained to IMPAA (Indian Motion Picture Producers’ Association) but now that the issue is resolved, he said that he’ll be taking back his complaint. He said, “I’ll be sending them a letter to explain these developments and to inform them that all misunderstandings have been cleared.”

Meanwhile, a source from Captain India’s team said, “As Subhash Kale rightly mentioned, all issues are resolved. We are moving forward with our shoot, as planned, early next year. Kale

was misinformed. We have been working on the script for a few years. It is amicable and we are all set to begin shooting soon.”