The Deol’s are one of the most loved film families. Filmgoers love to see them on the screen. Recently Bobby Deol expressed his desire to work with his cousin Abhay Deol through an Instagram post. However, it seems that the youngest of Deol won the ‘Race’ as Karan Deol will work with his chachu Abhay and he acknowledged it with a picture. 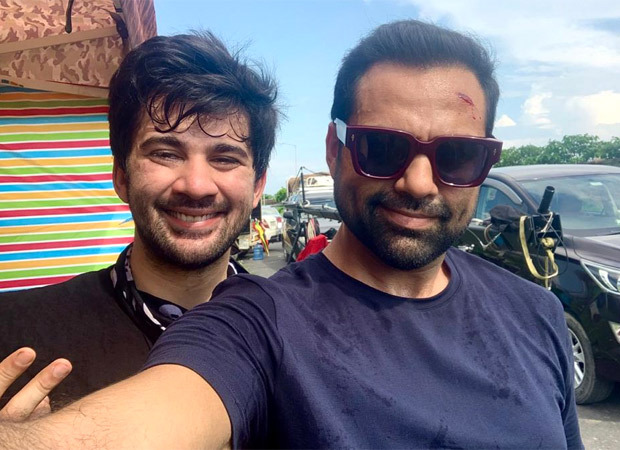 In the picture, Abhay is seen smiling and posing with his ‘Dimpy Chachu’. Karan feels that this dream-come-true opportunity is something he’ll cherish for a lifetime. “I would thank Dimpy chachu for always having my back! He’s always been an inspiration for me and working with him is something I’ll always cherish.” Karan further asserted that he’s supremely excited for this opportunity. “I’m excited for everyone to see what we’ve been shooting for.” This team-up will surely win over filmgoers and one really can’t wait to see them together on celluloid.


Currently, Karan is shooting for his next film in Delhi.

ALSO READ: Bobby Deol shares a picture with cousin Abhay Deol in which the duo look similar and expressed desire to do a film with him

The post Karan Deol beats Bobby Deol in the ‘Race’ of teaming up with Abhay Deol appeared first on Bollywood Hungama.