Following multiple leaked photos from the sets of The Matrix 4 and high anticipation, Warners Bros. has announced the title of Keanu Reeves starrer The Matrix: Resurrections. The film’s first look trailer was unveiled at the ongoing CinemaCon. 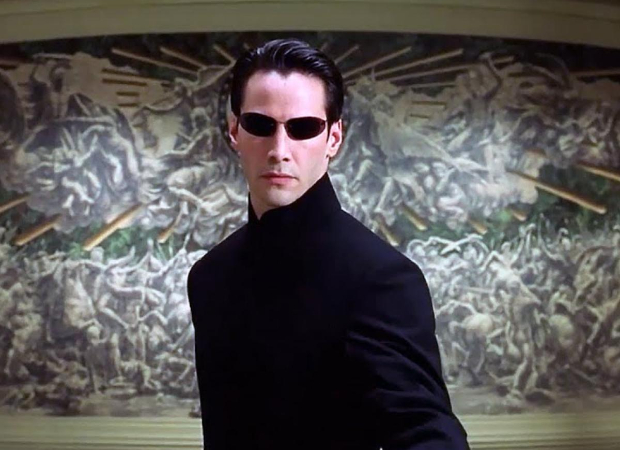 According to The Hollywood Reporter, “The trailer began with Thomas Anderson (Reeves) in therapy, telling his therapist (Neil Patrick Harris), “I had dreams that weren’t just dreams. Am I crazy?” He senses something is not quite right with the world, but he has no memory of what the Matrix is. Later, he runs into a woman (Moss) at a coffee shop. They shake hands, and there seems to be something between them, but neither one remembers the other. Meanwhile, Reeves’ Thomas spends his days taking prescription blue pills, and wondering why everyone in his world is glued to their phones — looking around and realizing he’s the only one on a crowded elevator not looking at a device.”

The report further said, “Eventually, Reeves’ Thomas runs into a man (Yahya Abdul-Mateen II) who is reminiscent of Morpheus, the freedom fighter played by Laurence Fishburne in the original trilogy. This mysterious man hands Anderson a red pill, and soon we see footage of him with powers, seeing the Matrix for the fake reality that it is. The footage followed some similar beats as the original, including Neo (Reeves) fighting the Morpheus-like figure in a dojo, and an image of Anderson in an incubator. There’s also a shot of Neo looking in a mirror and seeing an older version of himself. Neo also seems to have a few new powers from the last time, with the trailer including a shot of what looks like him controlling a missile through telekinesis to prevent it from hitting him.”

After The Matrix and The Matrix, it was assumed that the 2003 film The Matrix Revolutions was the last one in the franchise. So it did come as a surprise when Warner Bros. announced that Lana Wachowski was returning to direct The Matrix 4.

The Matrix: Resurrections brings back Keanu Reeves and Carrie-Anne Moss as the lead actors. Neil Patrick Harris, Yahya Abdul-Mateen II, Priyanka Chopra have pivotal roles in the movie. The film releases in December 2022.

ALSO READ: The Matrix 4 star Keanu Reeves says the rhythm of filmmaking has been not really impacted amid the pandemic