Ronnie Screwvala’s RSVP has finally unveiled the much-awaited look of Neha Dhupia as a pregnant cop from their upcoming direct-to-digital thriller, ‘A Thursday’ with Blue Monkey Films. Directed and written by Behzad Khambata, the film is based on unthinkable events taking place on A Thursday. 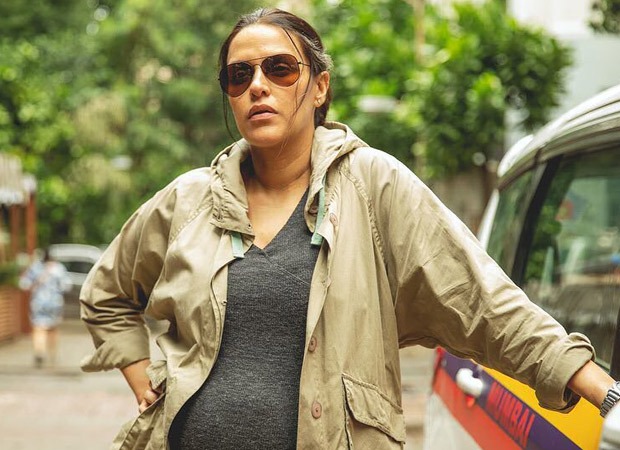 Taking to her social media, Neha Dhupia shared her own look, “Bridging the gap between real and reel life thank you @behzu @rsvpmovies @ronnie.screwvala @pashanjal @bluemonkey_film @hasanainhooda for giving me all the support and believing in us this ones for all the mamas in the making … we make us stronger. #ACPCatherineAlvarez #Athursday @ragininath12 @ayeshakhanna20”


The talented actress will be essaying the role of a pregnant cop, named ACP Catherine Alvarez. Looking all set to be the boss lady that she is off-screen as well, her intriguing character will be something to look out for. The film encapsulates a story of an intelligent play school teacher, who takes as hostage 16 toddlers. The thriller also boasts a star cast in the likes of Yami Gautam, Dimple Kapadia, Atul Kulkarni, and Maya Sarao in important roles. A Thursday is being produced by RSVP Movies and Blue Monkey Films.

Also Read: “My most favourite person in the whole wide world visited our set”, says Neha Dhupia as daughter Mehr accompanies her for a shoot