Prerna V Arora is at it again; her film Rosie: The Saffron Chapter is in a FINANCIAL mess; investors and co-producers in SHOCK. Read EXPLOSIVE details inside

The Akshay Kumar starrer Rustom (2016) was significant for many reasons, one of them being that it served as the debut film of producer Prerna V Arora. She soon followed it up with Toilet – Ek Prem Katha (2017), Pad Man (2018) and Pari (2018). She also got friendly with the media and gave innumerable interviews. This and the fact that she had a glamorous image made her familiar even with the aam junta, who don’t always know the names of the producers. 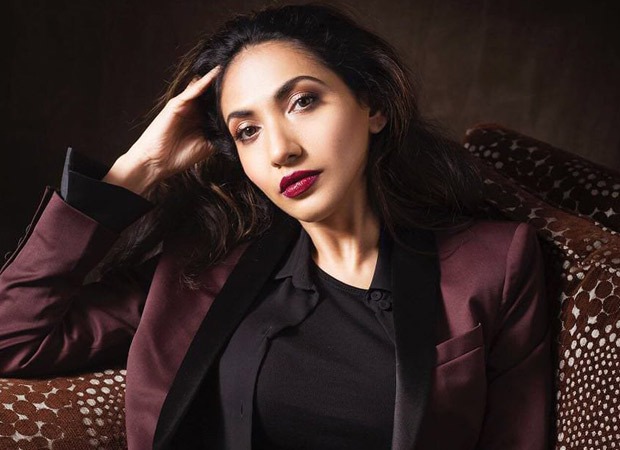 All was going well with Prerna V Arora and she also came on board as co-producer on many other films like Parmanu (2018), Fanney Khan (2018), Batti Gul Meter Chalu (2018) and Kedarnath (2018). However, within a few months, she was out of all these movies. Allegations ranged from lack of transparency in the studio’s financial dealings to non-payment of dues. Things turned worse when producer Vashu Bhagnani went to court, claiming losses of more than Rs. 30 crores. He alleged that he was induced to finance Pad Man and Kedarnath with the promise that he would get the rights to the film’s release. But she allegedly signed similar deals with other producers as well. On December 8, 2018, she was arrested and was released in September 2019.

After nearly a year, she decided to start afresh and launched two films – Rosie: The Saffron Chapter and Iti: Can You Solve Your Own Murder. All seemed well and the trade and industry believed that she had learnt her lessons and that she’d not get into a mess again. However, it is being said that she has gone back to her old ways.

Unnecessary expenditure on one hand; unpaid vendors on the other
A source informed Bollywood Hungama, “Rosie: The Saffron Chapter went on floors last year in December. It was supposed to be just an 18-20 day shoot. The budget was fixed at Rs. 2.50-3 crore. It should have been over in January 2021. But the shoot just got wrapped up, in August 2021. The film got stuck in between due to a financial mess. Many vendors were not paid and have not been paid as yet.”

The source continued, “It’s clear the finances are not properly utilized and it’s not even being properly planned. The stakeholders of the film get constant shocks as the budget of certain schedules would increase by manifolds all of a sudden for no clear reason. There are accusations that money is being wasted needlessly. For a one-day recce, nearly Rs. 3 lakhs were spent.”

While money is flowing like water for such activities, the ones working on the film are suffering over non-payment of dues. “Many vendors are yet to be paid or not paid properly. The cast and crew do get paid or else they won’t turn up on the set. Even lead actor Arbaaz Khan has been paid in parts so that he fulfils his commitment.” However, there have been instances where the crew have got just one meal of the day and were left to fend for themselves for the rest of the day.

Bollywood Hungama had earlier reported that as per a source, the vanity van operator had told Arbaaz that he’ll not open the door of the van until his dues were cleared! Arbaaz then left and didn’t shoot that day.

In another significant episode, workers of a film association landed at an investor’s house and staged a dharna. The investor had to pacify them and they left only after being assured that the workers will be duly paid.

Vivek Oberoi exits; the curious case of producers leaving and joining the film at regular intervals
Interestingly, Rosie: The Saffron Chapter was launched with Vivek Oberoi as the lead and co-producer. It also marks the debut of Shweta Tiwari’s daughter Palak. A source told us, “Some changes were made in the script. Also, the documentation and paperwork were not in place. Vivek was not happy with these developments and hence, he decided to move out of the film.” Arbaaz then replaced Vivek. 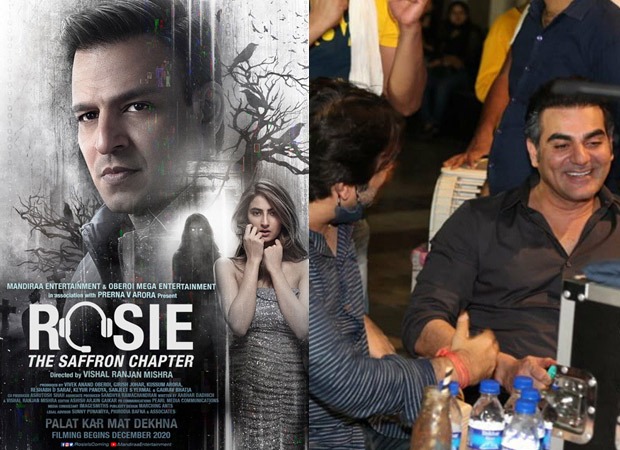 The other mysterious development happening in the film is with regards to the producers of Rosie: The Saffron Chapter. The source continued, “With every new poster or publicity material launched of this film, the names of producers and the number of producers would also change. When the film was announced in September 2020, there were 3 presenters and 7 producers who were associated with the project. When the teaser was out in April 2021, the film had 2 presenters and 8 producers. Some of the names which were there earlier were nowhere to be seen, including Vivek Oberoi. Then, the 2 new teasers that were released on July 31, 2021, showcases 2 presenters, one of which was not involved with the film before, 1 co-producer and as many as 9 producers.”

And that’s not all. The source revealed, “Check out the teaser released on August 10. 10 days after the July 31 teaser, a new production house has come on board. The earlier co-producer is nowhere to be seen and he’s been replaced by 4 new co-producers. At this rate, by the time the film releases, god knows how many more people would have left and joined the film’s ever-increasing list of producers.”

The source also said, “2 of the current 9 producers of Rosie: The Saffron Chapter were earlier line producers. Prerna V Arora and the other main producers have not cleared their bill of approximately Rs. 30-35 lakhs of vendors which had come through the line producers. She made them producers so that they don’t have to pay them.”

Unpaid dues in five-star hotels, luxury stores
When Prerna V Arora was in prison, an article in a daily newspaper in March 2019 had reported that she took money from financiers under the pretext of funding her films but instead splurged it on designer items, a bungalow in Khandala etc. Even here, she has defaulted. The source said, “Prerna Arora’s modus operandi is to give high advance payment to a particular luxury store. Then she’ll pick up items costing 2 or 3 times the advance amount. By the time the store realizes what she is upto, she has already ‘purchased’ the items and will be unavailable to clear the dues.” She hasn’t even cleared the dues of prominent newspapers and media organizations and owes them lakhs of rupees.

Prerna V Arora earlier used to reside in a rented flat in JVLR but she has lost it due to non-payment of dues. The source then said, “Prerna V Arora now stays in five-star hotels. Even here, she fails to pay on time and has to hence change hotels frequently. Most hotel groups have had a bad experience and swear to never put her up again. She is currently residing at a five-star in Santacruz for more than a year where she is yet to clear bills amounting to a whopping approximately Rs. 20 lakhs plus.”

The source elaborates, “She doesn’t understand the value of money as she’s not putting her own funds.” A source from an old lender from the industry even said that they had been given other investors’ cheques without their knowledge.

Will Iti: Can You Solve Your Own Murder’s shoot would also be riddled with financial irregularities?
Coming back to Rosie: The Saffron Chapter, 5 teasers of the film have been released and the attempt of the film’s team is to show that all is well. However, the source said, “Prerna has struggled to raise funds and finish the shoot as she went over budget. We wonder how she will manage to complete the post-production.”

It comes as a surprise that she recently announced that she’s soon starting the shoot of Iti: Can You Solve Your Own Murder in Europe from September 15. Vivek Oberoi is the lead actor as per the announcement. It remains to be seen if she manages to pull it seamlessly without any glitches as it happened in the case of Rosie: The Saffron Chapter.

Also Read: Padman producer Prernaa Arora out of jail, says she will continue to produce films

The post Prerna V Arora is at it again; her film Rosie: The Saffron Chapter is in a FINANCIAL mess; investors and co-producers in SHOCK. Read EXPLOSIVE details inside appeared first on Bollywood Hungama.