REVEALED: Akshay Kumar is a figment of Sara Ali Khan’s imagination in Atrangi Re

Just recently, Akshay Kumar shared his look from the film Atrangi Re on his last day of shoot. Following that, the other two actors viz. Sara Ali Khan and Dhanush also took to social media sharing images from the last day of shooting for the film. Though there still is time till Atrangi Re, releases, Bollywood Hungama has managed to get the inside scoop on what Akshay Kumar’s role in the film is. Interestingly, we are told that Akshay Kumar plays the role of an individual who exists only in Sara Ali Khan’s imagination. 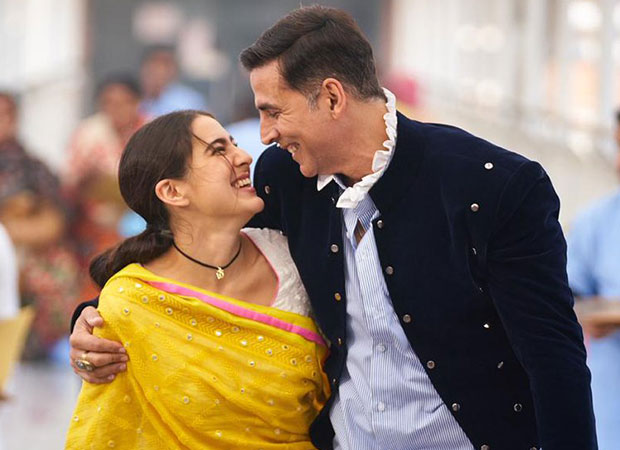 “In Atrangi Re, Akshay’s character is only a figment of Sara’s imagination. He doesn’t exist for real. Instead he only exists in her mind when she dreams of dating a handsome guy, who is embodied by Akshay. On the other hand, Dhanush’s character is real”, confirms a well-placed industry insider to Bollywood Hungama. Ask the source on how the triangle between Akshay – Sara – Dhanush works and he adds, “So Dhanush plays a guy who is in love with Sara Ali Khan’s character, but he has to constantly compete with Akshay Kumar’s character who exists only in Sara’s mind. So he (Dhanush) has to keep bettering himself to overcome what Sara thinks is the most ideal guy in the world.”

With an intriguing cat and mouse game between Dhanush and Akshay Kumar, it will certainly be interesting to watch the film unfold on the big screen.

The post REVEALED: Akshay Kumar is a figment of Sara Ali Khan’s imagination in Atrangi Re appeared first on Bollywood Hungama.