SCOOP: Tiger Shroff-Kriti Sanon starrer Ganapath is set in the future, in the year 2090?

Tiger Shroff has proved to be a major crowd puller and hence his films are always awaited keenly by not just the trade and industry but also by exhibitors and his fans. His last film Baaghi 3 (2020) released just before the lockdown and if cinemas had not shut, it would have proved to be another Rs. 100 crore grosser for the action hero. The actor is now gearing up for the shoot of two films – Heropanti 2 and Ganapath. 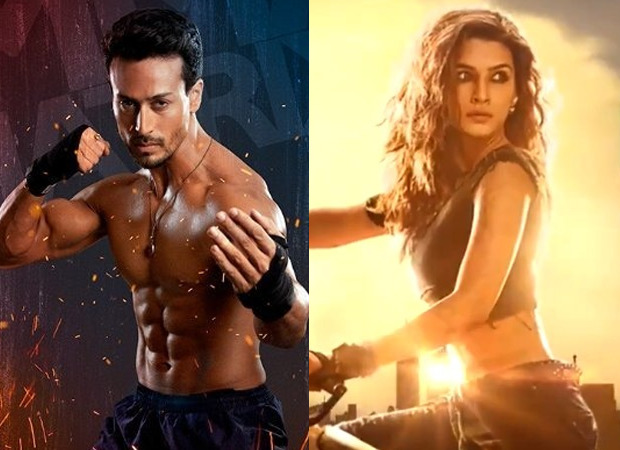 Speaking of Ganapath, a source told us that it’s going to be one of its kind entertainers. The source revealed, “The film is said to be set in the year 2090. It’ll have a dystopian setup, showing a world ravaged by wars or other such calamities. Director Vikas Bahl has worked very hard and the producers have given him all the support to ensure that the futuristic era depicted in the film will take the breath away of the viewers and emerge as one of the USPs of the film.”

Recently, the makers announced that Ganapath would release on December 23, 2022. This announcement was made by a teaser video depicting Tiger Shroff in a street fighter mode. The futuristic-style buildings in the backdrop in this and the earlier promos were also a giveaway that the film is not a present-day story.

A trade expert said, “If this is true, then my excitement for Ganapath has gone many notches higher. We need such VFX-heavy and visually grand films to attract viewers in post-Covid era. And Ganapath seems apt. Also, it stars Tiger Shroff and hence, it won’t be dark or anything of that sort. I am sure it’ll be a mass entertainer. Hollywood has made plenty of dystopian films and it’s high time we should do the same. Tiger Shroff seems to be a Mumbai ka chokra in the film. It’ll be interesting to see such a massy character based in the future. The audience would go crazy for sure.”

The post SCOOP: Tiger Shroff-Kriti Sanon starrer Ganapath is set in the future, in the year 2090? appeared first on Bollywood Hungama.