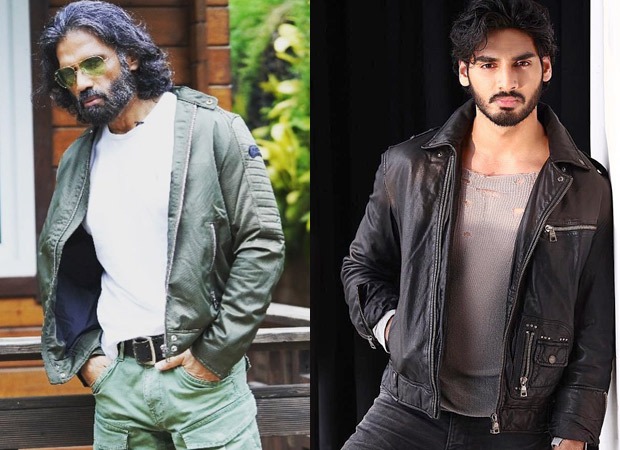 While most of Luthria’s films so far have featured male protagonists in extremely macho conflicts (Luthria’s debut film Kachche Dhaage pitched stepbrothers Ajay Devgn and Saif Ali Khan against each other while his last release Baadshaho had Devgn against Emraan Hashmi) Tadap is Luthria’s first film about the conflicts of love.

A source close to the project reveals, “Ahan is being launched by the same producer Sajid Nadiadwala who launched Ahan’s father Suniel Shetty. But whereas Suniel’s launch Waqt Hamara Hai was an out and out action film, Tadap is a very emotional film.

Sources close to producer Sajid Nadiadwala say Shetty Jr in his first film is far more assured and confident on screen than his father was in his debut film.

Suniel reacts, “Every father wants his child to be better than him. If Ahan is better than me then I am at the moment the proudest father in the universe. He is a very hardworking sincere boy. I was never so focused on my career at his age.”