Swara Bhasker, Shikha Talsania, Meher Vij, and Pooja Chopra have resumed shoot for their upcoming film Jahaan Chaar Yaar in Mumbai after four months. The film was being shot in Goa before the second wave of the pandemic hit and the shoot had to be halted in the best interest of everyone’s health. 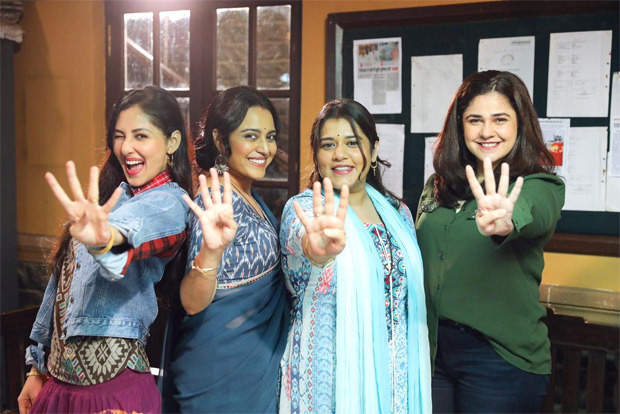 However, the four girls constantly were in touch and rehearsed their lines together online from the comforts of their home. They had narrations, discussions and also kept addressing each other with their character names during this period.

Maintaining strict rules of the pandemic, the shoot has now resumed in Mumbai. The cast was elated to reunite on sets and had a small celebration on the first day as well. After finishing the current schedule the cast will shoot for a brief schedule in Goa.

Jahaan Chaar Yaar, a Soundrya Productions film, produced by Vinod Bachchan and directed by Kamal Pandey will be releasing soon.