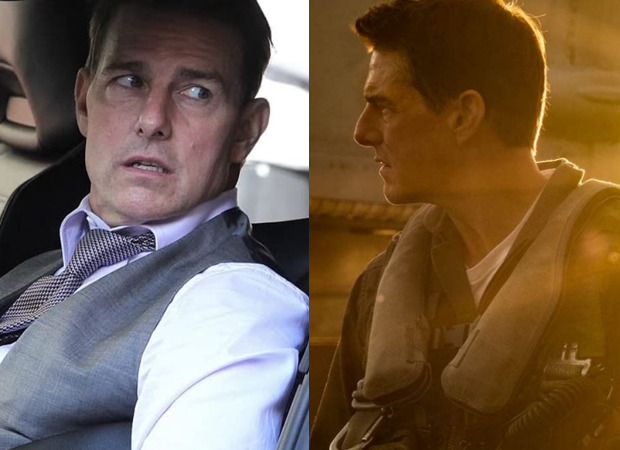 However, Cruise didn’t appear in person but was on-screen for Paramount Presentation. According to Variety, he appeared in behind-the-scenes clip where he described the dangerous motorcycle stunt which had jump off the mountain in Norway. Cruise explained in the video how he had to drive his motorcycle off a giant ramp and then separates from the vehicle to parachute safely, adding that the stunt was filmed 6 six as there was no speedometer and he had to hit the speed marks by sound and sight.

In the Top Gun sequel, Cruise once again will be seen his role as Pete Maverick Mitchell who returns to flight school to train Top Gun graduates for a special mission. The film will also star Miles Teller, Jennifer Connelly, Monica Barbaro, Jon Hamm, Glen Powell and Val Kilmer who’ll be returning as Iceman, Maverick’s rival.

However, Mission: Impossible 7 shut down its production in Italy at the beginning of the pandemic but they resumed in September 2020 which again had to shut down when crew members tested positive for COVID. In December 2020, a clip was surfaced on social media where Cruise was recorded shouting at the crew for breaking COVID protocols.

Since both the films have been delayed due to the pandemic, Mission: Impossible 7 is set to release on May 27, 2022 while Top Gun: Maverickwill bow in theaters on Nov 19, 2021.