Lead pair Vikrant Massey and Radhika Apte have started filming for Vishal Furia’s investigative thriller Forensic in Mussoorie, Uttarakhand. Vikrant Massey took to his Instagram stories and shared the picture of the clapperboard thereby revealing that they have begun shooting the movie and captioned it, “And we begin”. While actress Radhika Apte shared a picture of hers enjoying the sunrise amongst the mountains at Mussoorie on her Instagram post. 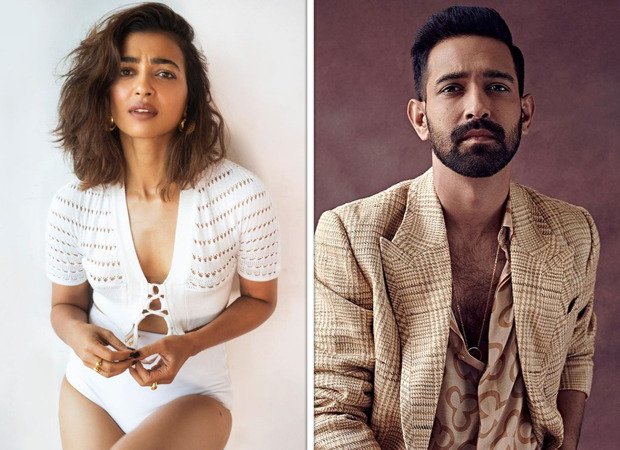 Forensic is directed by Vishal Furia and is said to be an out-and-out crime thriller. Actor Vikrant Massey who recently experimented with a mystery thriller Haseen Dillruba instantly liked the script of Forensic and gave his nod to the film. Female lead Radhika Apte also expressed her excitement by unveiling the poster look of the film which depicted crime, mystery, fingerprints, blood drops, magnifying glass, and a microscope in it. 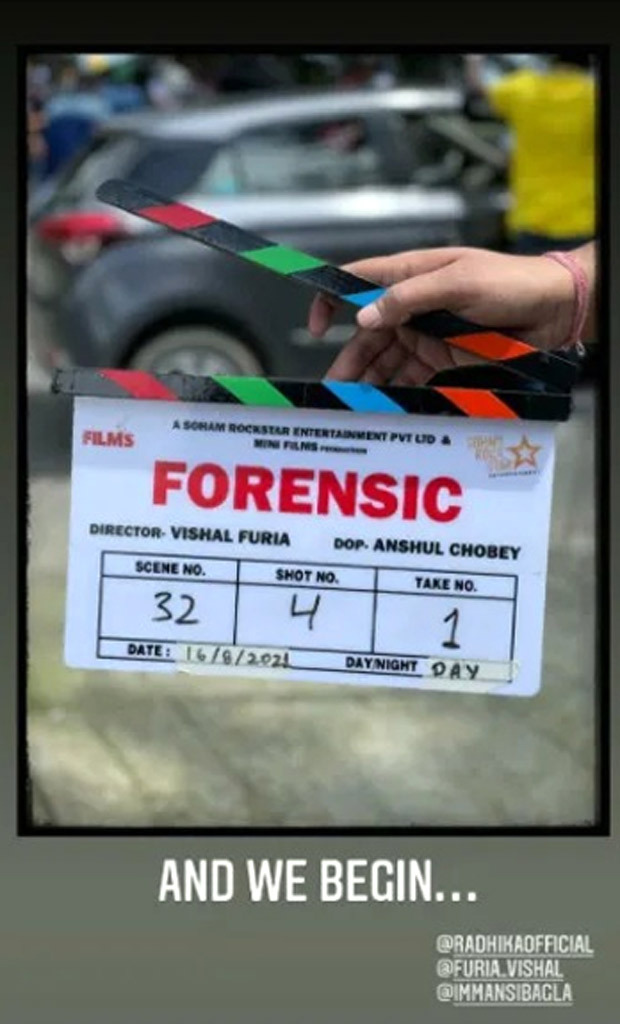 Forensic is a movie about the area of crime scene investigation that helps in finding the criminal in an amusing and delightful way. The makers found Vikrant and Radhika an apt choice to be a part of this thriller as they have the potential to make it more entertaining. The movie also has a message to the public to take the help of advanced science in helping innocent people get out of a crime racket.

The producers Mansi, Varun Bagla, and Deepak Mukut are excited to spread their message via their film and make everyone cautious. Prachi Desai recently joined the cast of Forensic alongside Radhika Apte and Vikrant Massey. The film is produced under the banner of Soham Rockstar Entertainment Pvt Ltd. and Mini films and is speculated to go on floors by the end of this year.