WAYV’s Lucas apologizes for his past behaviour with ex-girlfriends; his song ‘Jalapeño’ with Hendery and group activities halted

SM Entertainment’s Chinese unit WAYV member Lucas, who is also part of NCT and SUPERM, has halted all activities a month before group’s album release. His song ‘Jalapeño’ with member Hendery, which was to release on August 25, dropped as well. These updates on his activities come a day after news surfaced of his behaviour with his past girlfriends. 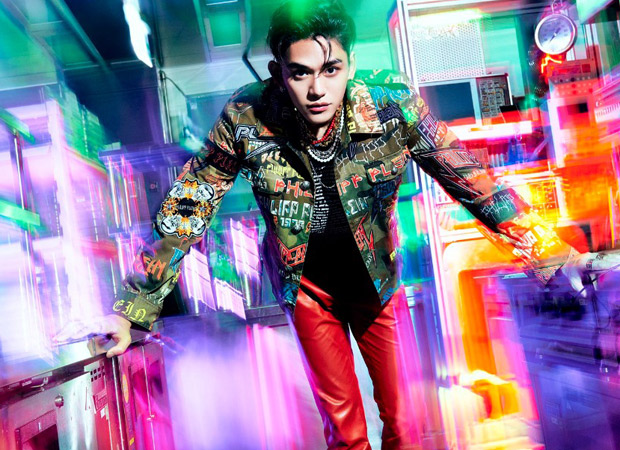 According to the Korean tabloids, a Korean netizen, on August 23, uploaded a post on her social media who was claimed to be Lucas’s ex-girlfriend accusing him of gaslighting and being a gold digger. In her post, she explained that she had been a fan of Lucas until he approached her and they began dating. As per a report in Soompi, the girl shared that Lucas gaslighted her by saying words like, “I don’t like that you’re too much like a fan,” and “Don’t be a fan of an idol anymore.” She added that initially when she used to gift Lucas luxurious gifts, he used to be thankful for the expression but later he started rejecting the gifts saying that he was making enough money and didn’t need gifts unless it was a house or a car. She also stated that he used to come to her hotel room, ordered room service, slept, and left. From the moment they checked out, he would go off the radar and kept his distance, saying he felt uncomfortable. He didn’t say a single word of gratitude and took it for granted that I was paying for him and then later he broke up with her due to his busy schedule.To back up her statements and claims, she revealed her alleged chat logs with Lucas and photos he had sent her.

Following the incident, a Chinese netizen also claimed that she had been through similar experience and accused Lucas that he had been dating her and the Korean netizen at the same time.

Halting all the activities of Lucas, SM Entertainment released a statement on August 25 announcing the same. The statement read, “We apologize for causing concern due to our artist Lucas’s personal life. We recognized the seriousness of this matter and have decided to to halt the release of all content for WayV’s Lucas and Hendery’s single ‘Jalapeño,’ including the song and music video that were scheduled to be released on August 25 at 6 p.m. KST. Lucas is deeply reflecting on having caused great pain and disappointment due to his wrong behavior, and the agency also feels responsible for our poor management of the artist. We once again deeply apologize for causing concern to many people including fans with Lucas’s personal matters.”

Following the same, Lucas posted a handwritten letter of apology in Chinese on his Instagram, the same day, along with a Korean translation in the captions. The statement read, “I apologize to those who were hurt by my wrong behavior. If you give me a chance, I would like to personally convey my words of apology. I also genuinely apologize to my fans who have given me lots of love and support. While watching the situation during the past few days, I have looked back on my past behavior and sincerely reflected on it. Looking back on my behavior of the past, it was clearly wrong, and it was an irresponsible behavior that betrayed the support that my fans have shown me for a long time. I would like to once again apologize to everyone who was disappointed by my actions. I will make sure that something like this does not occur again, and I will halt all of my scheduled activities to take time to reflect on myself. Lastly, I would like to apologize to the members, company staff, the many cooperative firms, and broadcasting personnel for causing an inconvenience. I sincerely apologize.”

Meanwhile, WAYV was reportedly working on a comeback due for next month.

The post WAYV’s Lucas apologizes for his past behaviour with ex-girlfriends; his song ‘Jalapeño’ with Hendery and group activities halted appeared first on Bollywood Hungama.