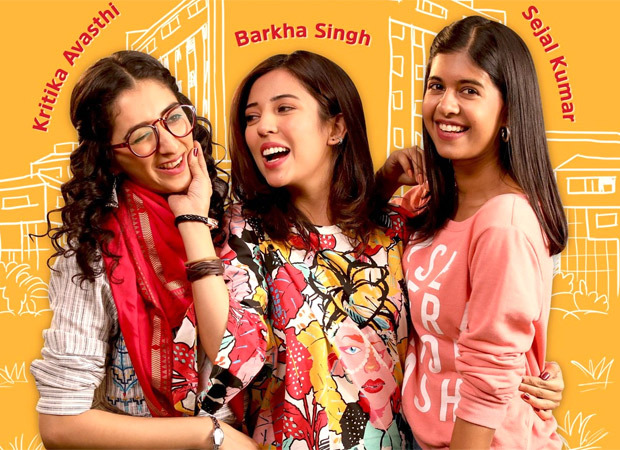 The trailer perfectly captures the essence of this season – ‘Sapnon ki theory, Life ke Practicals’. While Maggu, Sabu, and Kiara are stressing about career, placements and jobs as it is the final year of Engineering, they also don’t want to miss out on one final year of fun, bonding and making forever memories. So, the new season follows their daily adventures and misadventures, and how they solve their way out of every situation to make their dreams come true, coming together, better and stronger in the end.

Talking about the trailer Barkha Singh said, “Shooting for ‘Engineering Girls 2.0’ was so much fun but at the same time, it made me nostalgic about my final year of college where I too was eager to make memories to last a lifetime. This show has been special to all of us, and we hope that the audience gives ‘Engineering Girls 2.0.’ double the love they gave to the first season”.

Sejal Kumar said, “I have been getting so many messages for Season 2 since the time the last season ended. So, here it is, our final year of Engineering filled with adventures and misadventures. I hope that our fans love it as much as we loved putting it together”.

Kritika Avasthi shares, “Living Maggu’s life was very exciting. Barkha, Sejal, and I shared a lovely bond. We three were not only shooting together but living together and we had a lot of fun. This reminded me of my college friends and I wish I could go back to it. This series and the people are really special to me, and we all have put in a lot of effort and love into making this. I hope that the audience can relate to it and relive their college days via this series”.