Netflix’s co-CEO and chief content officer, Ted Sarandos, in a recent conference revealed what he said was the “most comprehensive look so far” at Netflix’s top 10 TV shows and movies. 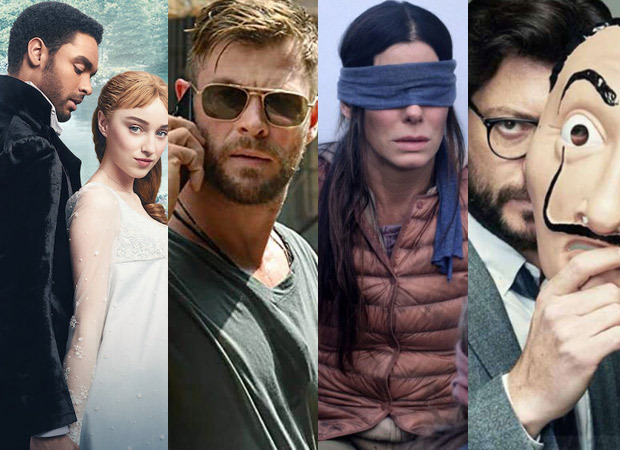 Sarandos made appearance at Vox Media’s Code Conference at the Beverly Hilton. He shared two slides releasing never seen before Netflix’s engagement data. One showed the most popular Netflix shows based on its proprietary metric of the number of accounts that selected a given title in the first 28 days of release (and streamed for at least 2 minutes). A second showed total time spent viewing by hours within the initial 28-day window.

According to Variety, Sarandos said “We’re trying to be more transparent with talent, with the market,” Netflix’s streaming data, he acknowledged, is “a big black box, mostly.

Sarandos also added that high-concept Korean survival drama Squid Game, which premiered September 17, has a very chance of becoming the biggest Netflix show ever, and currently ranks as the No. 1 show worldwide on the service. “We did not see that coming, in terms of its global popularity,” Sarandos said.

Sarandos was interviewed on stage by Vox Media’s Kara Swisher. Besides the engagement data, Sarandos also shared his views on talent compensation and that if Netflix would by a theater chain or a digital music company like Spotify. As he’s said many times before, Sarandos said Netflix isn’t interested in pursuing live sports rights. Sarandos said Netflix is feeling “maybe more confident” in competing with the likes of Disney and WarnerMedia as they continue to ramp up their push into streaming (“our home field”). Netflix, which ended the second quarter with just over 209 million paid streaming subscribers worldwide, is really “competing with ourselves.”

Sarandos commented. “The thing I’m concerned with over the next decade is, can we continue to execute [at scale]… To me, that’s more troubling that any competition in the marketplace.”

Netflix’s day-and-date release strategy for movies “is not very exotic anymore,” Sarandos said (who added with a laugh, “Tiger King 2 is coming!”).

Sarandos was named co-CEO alongside Reed Hastings in July 2020. He oversees the company’s teams worldwide responsible for the acquisition and production of all Netflix content.

Also Read: George Clooney and Brad Pitt to reunite in Jon Watts’ next for Apple Studios