BTS is officially going on an international stadium tour to hold offline concerts first time since 2019 BTS WORLD TOUR ‘LOVE YOURSELF: SPEAK YOURSELF’ [THE FINAL]. The 21st-century pop icons have announced their additional show dates for 2021 in North America with four special nights at LA’s SoFi Stadium on November 27, November 28, December 1, and December 2. 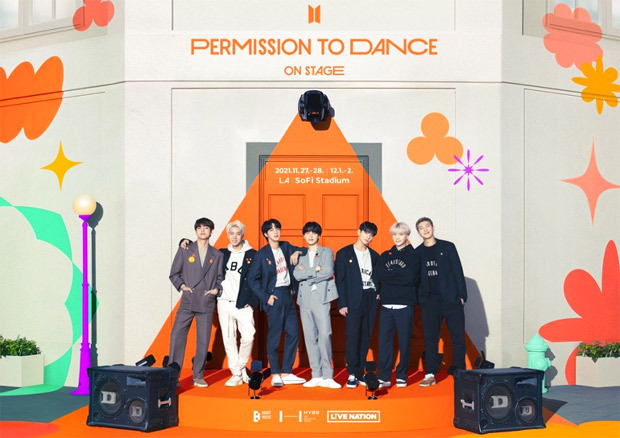 The in-person concert will proceed under national and regional health regulations and circumstances. This concert will be the first time ever for BTS and ARMY to meet face to face since the 2019 BTS WORLD TOUR ‘LOVE YOURSELF: SPEAK YOURSELF’ [THE FINAL]. The news arrives on the heels of their recent announcement of the live-streaming concert ‘BTS PERMISSION TO DANCE ON STAGE‘ that will be held on October 24.

If you are a member of BTS GLOBAL OFFICIAL FANCLUB ARMY MEMBERSHIP, you will get access to the exclusive presale for ARMY MEMBERSHIP. In addition, all other fans will be able to register for Verified Fan presales.

Registration to purchase presale tickets for the new tour dates will begin now through Saturday, October 2 at 6pm PT with presale registration for the newly-added tour dates.

BTS had to cancel their Map Of the Soul stadium world tour amid the pandemic. With these upcoming concert dates, it marks their first offline concert overseas while they are yet to hold one in their home country in South Korea.

Meanwhile, the legendary band Coldplay and BTS have collaborated for the very first time with the song ‘My Universe’ that released on September 24.

ALSO READ: BTS enthralls with their performance on ‘Permission to Dance’ and ‘Butter’ at Global Citizen Live

The post BTS announce four dates for offline concert to be held at LA’s SoFi Stadium in November and December appeared first on Bollywood Hungama.