The new animated feature film based on the world of Super Mario Bros. has bagged star studded voice-cast. While Chris Pratt and Charlie Day are tapped to play the titular video game siblings Mario and Luigi, respectively, Anya Taylor-Joy will play Princess Peach and super villain Bowser will be voiced by actor Jack Black. 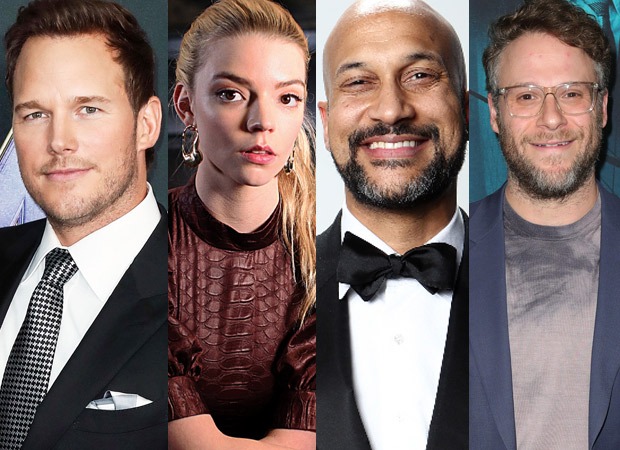 Rounding out the are Seth Rogen as Donkey Kong, Keegan-Michael Key as Toad (who does a mean cover of Sia’s “Chandelier”), Fred Armisen as Cranky Kong, Kevin Michael Richardson as Kamek and Sebastian Maniscalco as Spike.

Story of beloved Nintendo game series features two Italian plumbers plunged into a world of foes and fantasy. According to Variety, announcing the cast at the streaming event Nintendo Direct, Chris Meledandri said Mario and Luigi being two of the most beloved heroes in all of popular culture, they feel honored to work with Shigeru Miyamoto, Nintendo and Illumination. The producers noted that each actor was cast for their ability to capture the unique spirit of each of their iconic characters.

Chris Meledandri’s top-grossing Illumination label is making the film with Shigeru Miyamoto of Nintendo, which will roll out in theaters on Dec. 21, 2022, via Universal Pictures. Nintendo and Universal are co-financing the project. The series will be helmed by Aaron Horvath and Michael Jelenic, who have previously collaborated on the animated series Teen Titans Go! and the film Teen Titans Go! To the Movies.

The script is from Matthew Fogel, whose credits include The Lego Movie 2: The Second Part and the upcoming Illumination title Minions: The Rise of Gru.

Also Read: The Tomorrow War makers in talks for the sequel with Chris Pratt and Chris McKay