On Thursday evening, the nominations for the 2021 International Emmy Awards were announced and it was happy news for Indians. Actor Nawazuddin Siddiqui, comedian Vir Das, and Ram Madhvani’s show Aarya starring Sushmita Sen were Indians who bagged nominations. 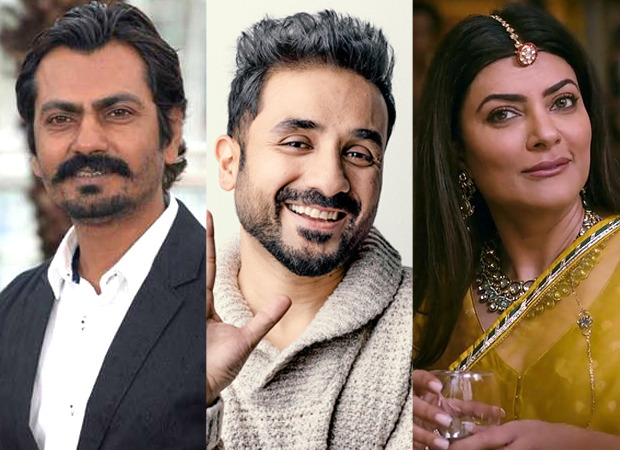 Disney+Hotstar’s original show Aarya starring Sushmita Sen has been nominated in the Best Drama Series category alongside Chile’s El Presidente, Isreal’s Tehran, And British show There She Goes. The show marked Sushmita’s return to the screen. Reacting to the news, Sushmita wrote, “OMGGGGGG!!!! AARYA is nominated for Best Drama Series at the #InternationalEmmyAwards2021 @iemmys Was busy dubbing for AARYA2…just got the news!!!! Yipppeeeeeee!!!! CONGRATULATIONS @madhvaniram @amitamadhvani @officialrmfilms @sandeipm @vinraw @disneyplushotstar @endemolshineind #teamaaryaa & THE MOST AMAZING CAST & CREW EVER!!!! To see INDIA on this list fills my heart!!! Thank you wonderful people….your love & appreciation for #Aarya is the very soul of this celebration!!! This Team truly deserves it!! Congratulations to @nawazuddin._siddiqui and @virdas for their respective nominations & for adding to India’s pride!! I love you guys!!! #duggadugga.”


Nawazuddin Siddiqui has been nominated in the Best Performance by an Actor category for his role in Serious Men. Directed by Sudhir Mishra, the film is based on Manu Joseph’s novel by the same name. He has been nominated alongside David Tennant (Des), Roy Nik of Israel (Normali) and Christian Tappan of Colombia (El Robo del Siglo or The Great Heist).

Finally, Vir Das has been nominated for his Netflix comedy special Vir Das: For India in the comedy segment. Popular French show Call My Agent, Britain’s Motherland: Christmas Special, and Colombian series Promesas de Campana have also been nominated in the category.