The cast of the upcoming drama “Island” has been finalized. Kim Nam Gil, Cha Eun Woo, Lee Da Hee and Sung Joon will star in the lead roles in the drama. 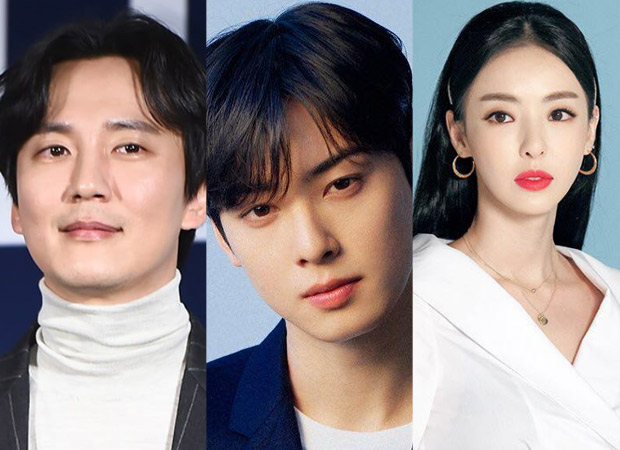 “Island” is a fantasy exorcism drama, based on webtoon of the same name. Set in Jeju Island, the story depicts the sorrowful and bizarre journey of the characters who are fated to fight evil that’s trying to destroy the world.

Kim Nam Gil will be playing Pan, a tragic character who confronts evil in preparation for the world’s end but can’t be together with humans. Born with the fate of having to protect the world, Pan struggles to discover the value of what he has to protect while throwing himself away whereas Lee Da Hee will be taking the role of third-generation chaebol and teacher Won Mi Ho. Unaware of her fate, Won Mi Ho unwillingly begins a self-reflection period on Jeju Island.

ASTRO’s Cha Eun Woo will be transforming into the hip Catholic exorcist and priest named John, who has a noble calling of protecting lives and purifying evil. However, he’s also a figure who harbors a horrible and dark past. Sung Joon will be taking on the role Goong Tan, who was raised to take care of evil with Pan. However, after a fateful event, Goong Tan begins to oppose Pan, adding an exhilarating twist and suspense to the story.

With the star-studded lineup of the four leading actors and a refreshingly unique story, the drama will excitingly reinterpret the legends and fables of the beautiful Jeju Island with a modern twist. However all the actors are best-known for their works in various films and dramas. Kim Nam Gil having showcased his wide acting spectrum with “The Fiery Priest,” “Live Up to Your Name,” “The Shameless,” and more is making viewers already look forward to how will portray his character’s complex emotions. Lee Da Hee has previously impressed with her roles in “L.U.C.A.: The Beginning,” “Search: WWW,” and “Beauty Inside,” so anticipation has grown for her upcoming chemistry with Kim Nam Gil. Cha Eun Woo has played numerous different types of roles through his previous projects such as “True Beauty,” “Rookie Historian Goo Hae Ryung,” and “My ID Is Gangnam Beauty,” building even more anticipation for his upcoming role. Sung Joon’s impactful and memorable acting works includes, “The Grotesque Mansion,” “The Villainess,” and “High Society.”

The original webtoon author Yoon In Wan will be participating as a producer for the drama, further raising the quality of “Island”. The drama will be helmed by director of “Welcome to Dongmakgol” and “Fabricated City,” Bae Jong.

The shooting schedule of “Island” will begin in October and is expected to premiere in the first half of next year.