Netflix original series, Squid Game, from Korea, is taking the streaming giant by storm. The ranking of the series in viewership globally is increasing at a rate that might surpass current ratings record holder Bridgerton. 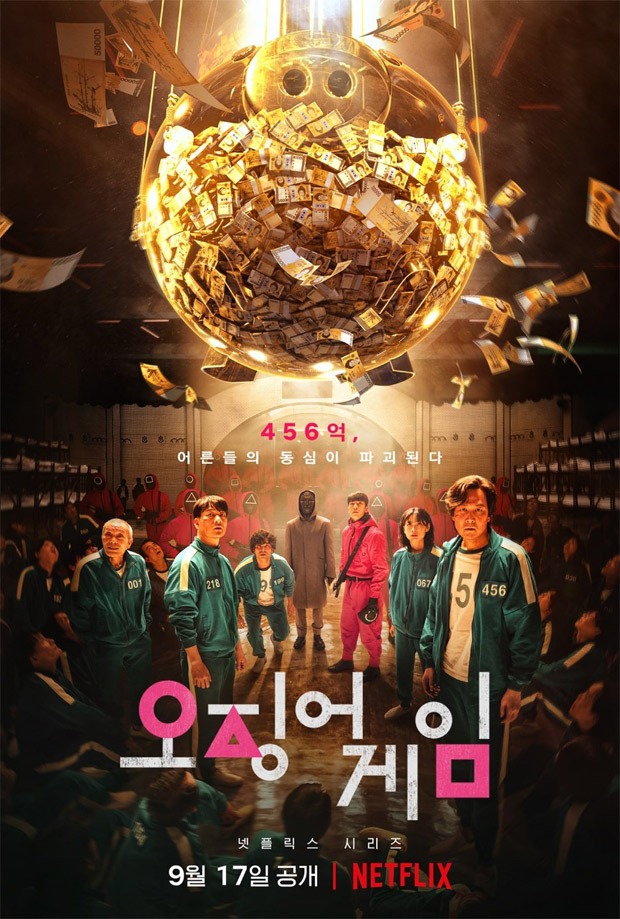 The addictive, violent survival drama, which premiered September 17 on Netflix, has transcended cultures and language barriers to reach No. 1 in 90 countries in 10 days, from Qatar and Oman to Ecuador and Bolivia.

Squid Game has reportedly entered the U.S. Top 10 list on September 19 at No. 8. It climbed to No. 2 the next day, and hit No. 1 on September 21 being the first Korean original series ever to do so, where it has stayed since, crossing the one-week mark. Its staying power in the top spot is comparable to such Netflix global hits as Bridgerton, Shadow and Bone, Ginny and Georgia and Who Killed Sara?

Earlier this year, Lupin, which became the first French series to reach no. 1 in the U.S., currently holds the position of Netflix’s second-most-watched original series with 76 million households who watched at least two minutes within the show’s first four weeks of release. However, Squid Game is on track to surpass that to become the biggest non-English-language Netflix series and possibly even top Bridgerton’s record 82 million households.

According to Deadline, on Monday, Netflix’s co-CEO Ted Sarandos said, “Squid Game will definitely be our biggest non-English-language show in the world, for sure. It’s only been out for nine days, and it’s a very good chance it’s going to be our biggest show ever.”