Lalitha Lajmi opens up about Kalpana’s treatment; reveals Alia Bhatt, Soni Razdan paid for the dialysis till the very end

Veteran artist Lalitha Lajmi has opened up about the life and death of her daughter, acclaimed filmmaker Kalpana Lajmi. She revealed that Aamir Khan and Alia Bhatt among others helped them a lot financially. 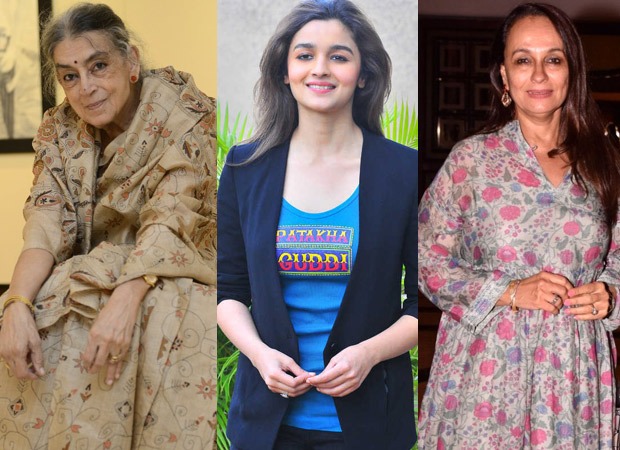 Actor Alia Bhatt and her mother Soni Razdan were among those who came forward to help Kalpana when she required regular dialysis in 2017. Both of Kalpana’s kidneys had stopped functioning after she fought cancer of the kidney and a severe case of UTI. Kalpana later died in 2018 at the age of 64.

Kalpana’s mother, veteran painter Lalitha Lajmi has spoken about her daughter and those who came forward to help her in her final days. She revealed that Alia Bhatt and Soni Razdan helped pay for Kalpana’s dialysis till the very end.

She said in an interview with a print tabloid that Kalpana had to undergo regular dialysis and Aamir Khan was the first person to offer help. He sent cheques directly into her account while some other directors also contributed. Soni Razdan and Alia Bhatt paid for her dialysis till the very end and they were also extremely close to Kalpana. In fact, Alia was born in front of her and she is deeply grateful to all those who helped.

Kalpana had thanked Bollywood celebrities for helping her out in November 2017 saying that Aamir Khan, Indian Film & Television Directors’ Association, Rohit Shetty, Salman Khan, Karan Johar, Alia Bhatt, Soni Razdan, Neena Gupta, they all have come forward to help her during the worst and so she is thankful to her film fraternity for standing by her, specially her mother, brother and Shyam Benegal for their constant support.

Kalpana was acclaimed for making women-oriented films like Rudaali, Ek Pal, Daman and Chingaari and was the niece of the actor Guru Dutt. She was also in a relationship with singer Bhupen Hazarika for many years but the two never got married.