On Tuesday, September 20, Hollywood actor Willie Garson passed away after a short illness at the age of 57. His son, Nathen Garson, shared the news of his father’s passing on Instagram. 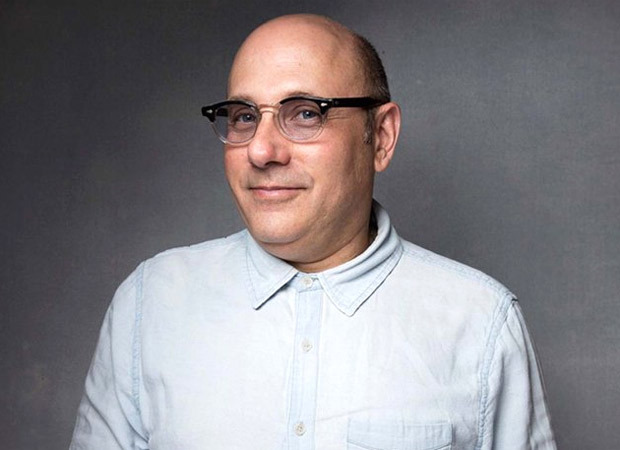 Garson began his television career booking small roles on popular programs in the ’80s and ’90s. In 1998, he took on what would become one of his most prominent television roles as Stanford Blatch in Sex and the City. He reprised his role for the spinoff films Sex and the City and Sex and the City 2, and was set to appear in the upcoming reboot.

Garson also took on memorable roles in film, appearing in several projects by Peter and Bobby Farrelly including KingPin, There’s Something About Mary and Fever Pitch. His other film credits included Soapdish, Groundhog Day and Being John Malkovich. Other television roles included John from Cincinnati, Whole Way Down, Hawaii Five-O, and NYPD Blue. Most recently, he did voice work for Big Mouth and had a recurring role on Supergirl from 2019-20.

In the wake of Willie Garson’s death on Tuesday, many Hollywood figures took to social media to share memories and tributes. The late actor’s son, Nathen, shared a post about his father’s death on Instagram on Tuesday. “I’m glad you shared your love with me. I’ll never forget it or lose it,” he wrote in the caption.

Sex and the City star Cynthia Nixon wrote, “So deeply, deeply sad we have lost @WillieGarson. We all loved him and adored working with him. He was endlessly funny on-screen and in real life. He was a source of light, friendship and show business lore. He was a consummate professional— always.”

So deeply, deeply sad we have lost @WillieGarson. We all loved him and adored working with him. He was endlessly funny on-screen and and in real life. He was a source of light, friendship and show business lore. He was a consummate professional— always. pic.twitter.com/G63EJIj8lG

Kim Cattrall posted a photo of herself with Garson along with the note: “Such sad news and a terribly sad loss to the SATC family. Our condolences and RIP dear Willie xo.”

Such sad news and a terribly sad loss to the SATC family. Our condolences and RIP dear Willie xo pic.twitter.com/yXhPkxRTv3

I couldn’t have had a more brilliant TV partner. I’m devastated and just overwhelmed with Sadness. Taken away from all of us way soon. You were a gift from the gods. Rest my sweet friend. I love you. pic.twitter.com/Ia4tg1VK1Y

Ben Stiller sent love to Nathen and wrote on Twitter, Jason Alexander was also early to react. Writing on Twitter, Julie Bowen referred to Garson as “a friend who loved me at my worst. Dulé Hill called the news “heartbreaking.” Chad Lowe, Entourage actor Rex Lee among others also paid tribute to the late actor.
Matt Bomer, who worked with Willie Garson on White Collar as evergreen duo Neal Caffrey and Mozzie, penned a heartbreaking note with a photo. “Willie. I don’t understand. And it’s not fair. This past year, you taught me so much about courage and resilience and love. I still haven’t wrapped my head around a world without you in it- where I can’t call you when I need to laugh, or be inspired. The last thing you did when we said goodbye was pull down your mask (I hate covid), smile, and wink at me. I know that it wasn’t reflective of the pain you were going through, but it was indicative of everything you were and are to me: some one who lifted me up, who made me better, and who always, always made me smile. This also reminded me how strong our White Collar family is. We were all there for Willie, and for each other. I love you forever Willie Garson. You live on in our hearts and minds always: and your White Collar family is always here for Nathen. Save a place for me, because you know I want to be at your table up there,” he wrote.