Shehnaaz Gill’s Punjabi film Honsla Rakh co-starring Diljit Dosanjh and Sonam Bajwa is all set to hit the theatres worldwide on October 15. On Saturday evening, the makers dropped a new poster and revealed the trailer date. 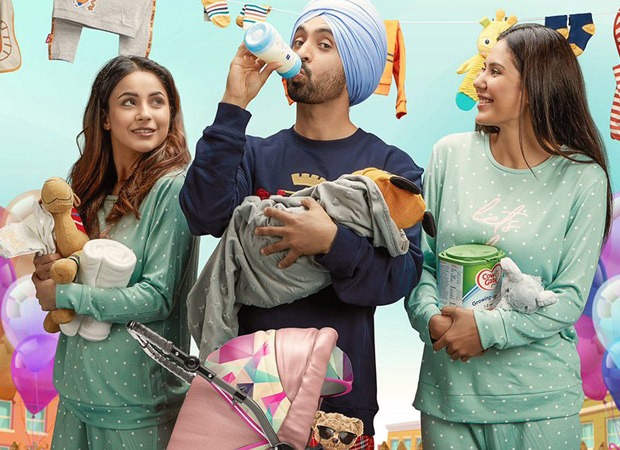 In the poster, Shehnaaz and Sonam are seen in matching outfits. They are seen wearing a pair of green polka dot sweatpants and a matching sweatshirt. While Shehnaaz is seen holding soft toys and towels, Sonam has a box of baby food and soft toy in her arm.

Diljit, who is seen standing in the center is holding a baby while drinking milk from a baby bottle. Sharing the poster, Diljit announced that the trailer will be unveiled on Monday at 1 pm.


Meanwhile, Shehnaaz has stayed away from the limelight ever since her close friend Sidharth Shukla passed away earlier this month. The makers of Honsla Rakh are yet to shoot a song for the film. They were supposed to shoot it earlier this month but have postponed it so that Shehnaaz gets the time to heal and recover from her loss.