Bollywood Hungama journalist Faridoon Shahryar’s debut poetry collection Dust of Sadness was launched by singer Sonu Nigam on Friday during an online event. The book is divided into two parts: ‘Innocence In Search of Maturity’ and ‘Maturity In Search of An Escape’. The first part has poems penned by Faridoon between the ages of 17 and 21 and the second part has poems written by him between the ages of 37 and 42. 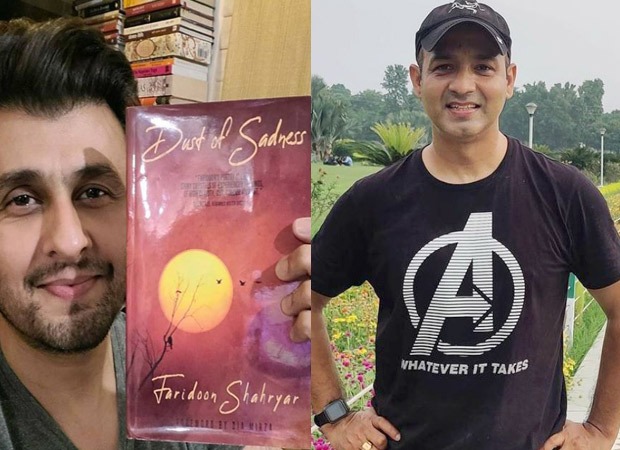 During the online event, Sonu Nigam read a few lines from the book and said that he was impressed. Nigam also said that the poems were so impactful that one had to stop and think about the lines in the poem to understand the thoughts of the poet. The singer also said that Faridoon expresses like his father Shahryar saab and manifested works like his mother, who was an English professor.

The foreword of Dust of Sadness has been written by actress Dia Mira. The book has been dedicated by Fariddon to his mother and has been published by Kavishala.

Dust of Sadness has also been praised by Imtiaz Ali, Manoj Bajpayee, Rasika Dugal, and Sharib Hashmi. Meanwhile, Faridoon who has been writing in Urdu for a few years now says his next collection will most likely be in the Urdu language.