On Saturday, during the Netflix’s global fan event, Tudum, fans were gifted with loads of teasers, trailers and announcements of their favorite series and films. From ‘The Crown’ to ‘Tiger King 2,’ check the list below for the release date and trailers. 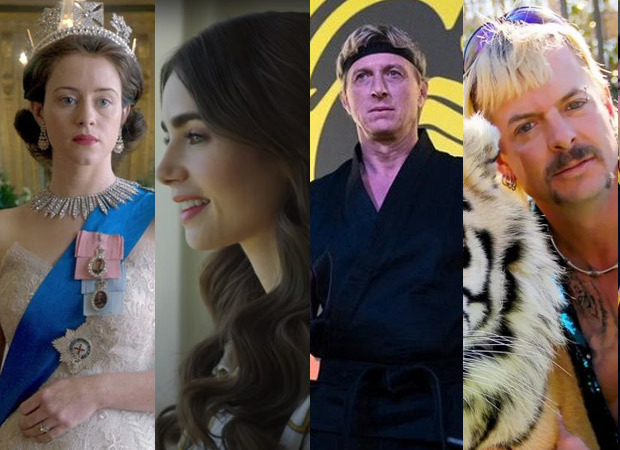 After sweeping the Emmy awards in its fourth season, Queen Elizabeth will take her customary year off, and return in “The Crown” in November 2022. According to Variety, “The Crown” will return with an all-new cast playing the British royal family, including Imelda Staunton as Queen Elizabeth, Jonathan Pryce as Prince Philip, Lesley Manville as Princess Margaret, Dominic West as Prince Charles, Elizabeth Debicki as Princess Diana, and Olivia Williams as Camilla Parker Bowles. Jonny Lee Miller will also appear as Prime Minister John Major.

This will be the third and final cast cycle for “The Crown,” which launched in 2016 with Claire Foy playing Queen Elizabeth at the start of her reign for two seasons. Then the show took a year off following Season 2, and returned in 2019 with Olivia Colman leading the cast as the Queen for Seasons 3 and 4.

The escapist rom-com sensation “Emily in Paris” will return to Netflix on Dec. 22 as announced by Netflix.

“Emily in Paris” follows Emily (Lily Collins), an ambitious twenty-something marketing executive from Chicago, who unexpectedly lands a job in Paris when her company acquires a French luxury marketing company. She is tasked with revamping their social media strategy and providing an American perspective on things. There, in the City of Lights, she embarks on a new life in Paris which is filled with adventures and challenges, as she juggles winning over her work colleagues, making friends, and navigating new romances.

Season 1 was shot entirely in Paris and throughout France. Season 2 will shoot in Paris, St. Tropez and other locations in the South of France.

The Season 4 of the series has officially has a premiere date now. The new season of the critically-acclaimed series will debut Dec. 31 on the streaming service. “Cobra Kai” was renewed for a fifth season back in August.

The show, which started out as a YouTube original before moving to Netflix for Season 3, continues the story of the “Karate Kid” film franchise. In Season 3 of the series, Johnny Lawrence (William Zabka) is reeling after his star student, Miguel (Xolo Maridueña), was severely injured in a brawl between the Cobra Kai students and the Miyagi-do students. He and his long-time rival Daniel LaRusso (Ralph Macchio) ultimately decide to team up to stop the violence and take down John Kreese (Martin Kove), who has taken control of Cobra Kai from Johnny.

“Tiger King 2” is all set to premiere on Netflix on Nov. 17. Netflix released a video announcing the date for “Tiger King 2,” which mostly featured footage from the first series. A previous teaser showed an interview with Exotic in jail, and the follow-up promises more looks at the cast of characters, like Carole Baskin, Jeff Lowe and more, since the original show launched and took the world by storm.

The original documentary-series, which captivated millions of Netflix users in the early days of COVID-19 lockdowns, picks up sometime after Exotic is imprisoned at Federal Medical Centre Fort Worth, where he is currently serving a 22-year sentence for attempting a murder-for-hire plot aimed at Baskin, plus 17 convictions for violations of animal abuse.