Women’s hair removal brand, BSC Women, a spinoff of popular men’s grooming brand Bombay Shaving Company, has achieved what is considered a rarity these days in the world of media and entertainment. They have found a like-for-like match in Alaya F – to represent the brand’s values and promise to a new generation of bold, experimental, and uncompromising young women – who are driven by personal choice, and social media. 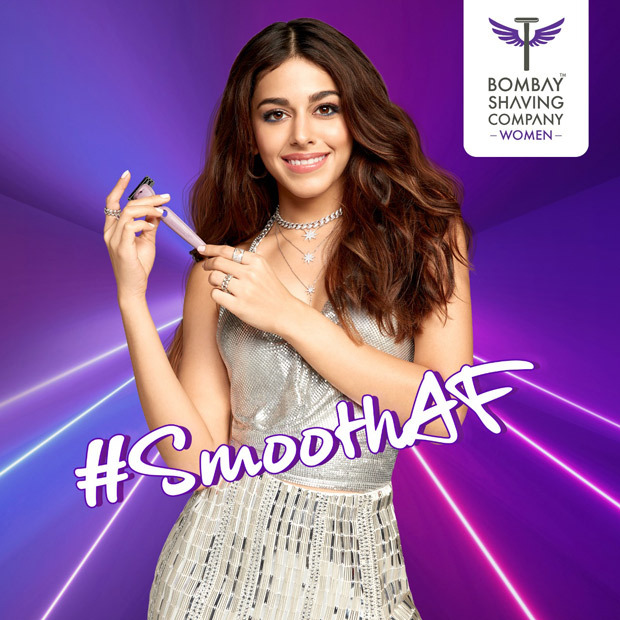 In true Alaya F style, the announcement comes with the release of a brand film and campaign provocatively named ‘Smooth AF’; which challenges the status quo, and questions how ‘hair removal’ is presently perceived and depicted by traditional and established FMCG players.

In addition to Alaya F, the campaign brings together some of the smoothest talents in Bollywood today. It has been co-created with The Collective Artists Network and produced by Cutting Crew Films. The film depicts Alaya as her authentic self through uninhibited movements, playful musicality, and progressive imagery in an exciting, bold, and badass tone; while still retaining her endearing innocence.

Here’s what Alaya F had to say: “I was a part of the BSC women’s tribe even before signing the contract. I have been a regular user of their hair removal products for some time, and can personally say they are fab. I’m so enthusiastic about what the brand is trying to achieve because I see so much of myself in it. I’m thrilled that this vibe has come through in the film as well”.

Commenting on the association, Siddha Jain, Head of Bombay Shaving Company Women, says: “There can be no better embodiment of the spirit of the brand and business than Alaya. From her posts signed off as ‘AF’ – to the way she moves – Alaya F is a non-conformist and personifies the confidence and determination of a strong new-age woman. Not only is she extremely talented and gorgeous, she constantly pushes herself and challenges the status quo. Both in reel and in real life, she is unapologetically herself, goes all-in, and does things on her terms. She is chaotic, fun-loving, and charismatic and we believe she can carry this to imperfection (pun intended). Our association with her is a step towards reinforcing the connection with our consumers who are raring to change the game and taking the world by a storm”

Sharing his views, Shantanu Deshpande, CEO of Bombay Shaving Company, summarized the significance of this association: “This is a very exciting phase for us. We have always been confident of the women’s business-leading us into the future. Today we are loved by people who know us. But thanks to the nature of the women’s personal care category and this new association with Alaya F, we are poised to take the leap, and become a loved, talked about and shared brand, across the nation”.

The brand is leaving no stone unturned to take the ‘SmoothAF’ message to its tribe. In addition to collaborating with numerous influencers across the board; the campaign is being deployed on major OTT platforms & programmatic advertising, along with popular social, online, and offline channels.

ALSO READ: Alaya F is an icon for beach fashion as she stuns in a white floral outfit in the Maldives