Ananya Panday ‘knows someone who could have supplied drugs to Aryan Khan’; NCB detains house-help of a ‘famous person’

Bollywood actor Ananya Panday became a part of the ongoing drugs on cruise investigation after her name surfaced in Whatsapp chats with Shah Rukh Khan’s son Aryan Khan, who is currently under judicial custody. The Narcotics Control Bureau (NCB) conducted a raid at her Bandra home on Thursday. The actress was questioned by the agency on Thursday and Friday for a total of six hours. As per reports, Panday told NCB that “she knows someone who can supply, or has once or twice supplied drugs” to Aryan. 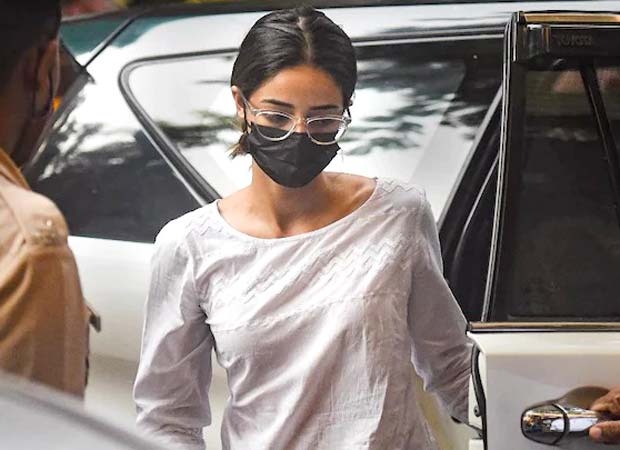 According to News18, the NCB questioned a 24-year-old house-help of a “famous person” on Friday who is believed to have peddled drugs to Aryan at the behest of Ananya. Reportedly, the house help was detained from Malad in Mumbai and has been called for questioning again on Monday. The NCB confiscated his mobile phone after the interrogation.

Meanwhile, Ananya was quizzed about her chats with Aryan Khan. According to reports, Ananya said that she is not a supplier and does not know that weed and ganja are the same. She said that her friends would call it a joint and she has once or twice taken a puff at get-togethers”.

The NCB showed Ananya her chats with Aryan Khan where the latter asked her if arrangements for drugs could be made. To this Ananya reportedly replied, “I will raise” the matter. When asked about the chat, Ananya said that she was just joking with Aryan.

Ananya has been called in again for questioning on Monday.

ALSO READ: Ananya Panday to shoot a song for Liger with Vijay Deverakonda on Monday amid NCB questioning

The post Ananya Panday ‘knows someone who could have supplied drugs to Aryan Khan’; NCB detains house-help of a ‘famous person’ appeared first on Bollywood Hungama.