The team of the upcoming film Jug Jugg Jeeyo has started prepping for the final schedule of the film. The lead cast of the film, Kiara Advani, Neetu Kapoor, Anil Kapoor, and Varun Dhawan along with director Raj Mehta, were spotted at a dance studio in Mumbai to rehearse for a song choreographed by Bosco Martis. 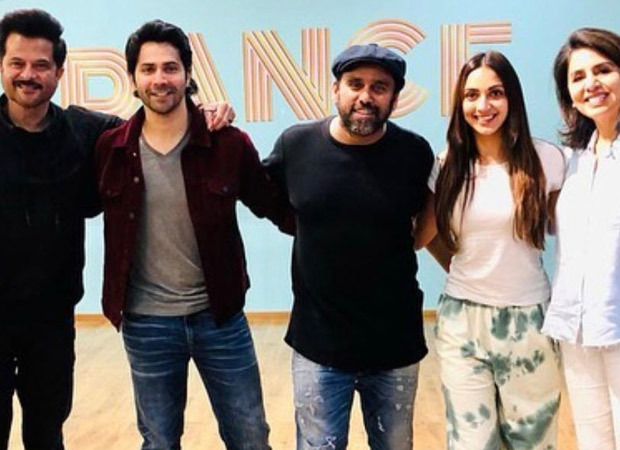 The film had gone on floors in Chandigarh in November last year. The second schedule of the film had commenced in August this year after the second wave of the pandemic. The team will be shooting for an elaborate song sequence during the final schedule and have been prepping for the same.

This film, directed by Raj Mehta, who previously directed Good Newwz, tells the narrative of two generations of spouses. Jug Jugg Jeeyo is a lighthearted drama about love and generational differences. The film also stars Maniesh Paul and will mark the Bollywood debut of YouTube star Prajakta Koli.