November 26 is the day of clash, as it would witness the clash of Salman Khan and Aayush Sharma’s Antim: The Final Truth alongside John Abraham’s triple role drama, Satyameva Jayate 2. In this exclusive series, we bring to you an inside scoop on the behind the door scenes of the exhibition sector. An exhibitor informs us that the producers of John Abraham’s Satyameva Jayate 2 have been hosting a special 25-minute preview of the film for all the exhibitors across the country. 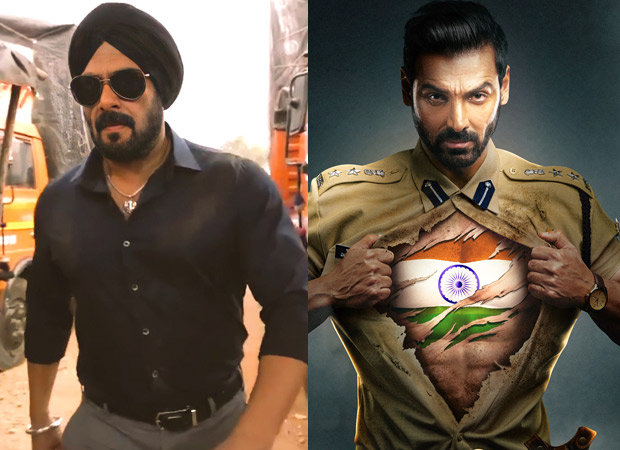 “At-least 5 screenings have already taken place in Maharashtra, Gujarat, UP, Bihar and Kolkata. More are underway over the weekend in places like Delhi and Rajasthan. The team of Satyameva Jayate 2 is showcasing 25 minute footage of their film in addition to the trailer and three songs to win the confidence of the exhibitors.  Their strategy is to showcase the hard-hitting moments of their film and win the trust of exhibitors thereby being their first choice in showcasing on November 26,” an exhibitor told Bollywood Hungama.

Another person from trade informs, “This is them playing smart and showing a sense of confidence in their product. This is an old school technique of showing rushes to the exhibitors in advance. It’s rather brave to show 25 minute footage of the film 40 days in advance as there always lies a risk of this move back-firing. The responses so far have been on the positive side and the exhibitors, who were at first favouring Antim due to the presence of a superstar like Salman Khan, are now rethinking their showcase planning by choosing SMJ 2 over Antim. The ones who have seen the rushes feel that SMJ 2 is the right film for the single screen audience with the right dose of punches, dialogue baazi and music.”

Like always, the single screen owners are now in a soup as they are being pressured by both parties to bag maximum showcasing. “While Antim team has asked for prime time shows at single screens, SMJ distributor, Anil Thadani has gone a step forward by asking the single screen owners to allot all 4 shows if they have liked the content as what was shown is just a glimpse and the film has a lot more to offer. To take on superstar power of Salman Khan, the SMJ team have opened their cards to tell the exhibitors about the powerful content that they have to offer,” the trade source informed.

It’s the fight to the finish and the buzz of both these films will eventually be decided by the audience one their trailers are out on October 25. Which film will score over the other in terms of getting a better deal from exhibitors in terms of showcasing?