The industry and fans got a jolt as news trickled in from Saturday night that the Narcotics Control Bureau (NCB) has nabbed Shah Rukh Khan’s son Aryan Khan in a drugs case from a cruise. Although he was not caught consuming or possessing any narcotics substance, the NCB sought his one-day custody. Some time back, it was reported that a Mumbai court have been remanded to NCB custody till October 7. 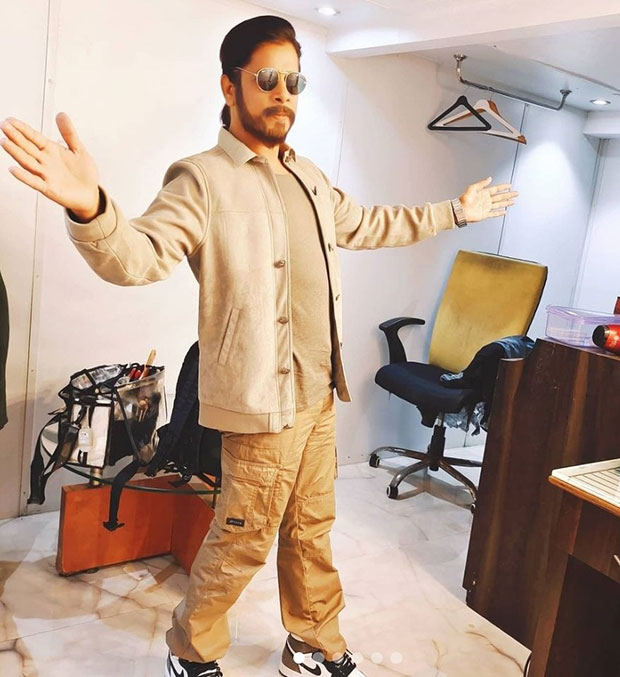 Shah Rukh Khan naturally is distraught over these developments and has cancelled the shoot of his untitled next, directed by South director Atlee. He has reportedly also decided to not travel to Spain for the next schedule of Pathan on October 7. What’s interesting to know is that there’s one man who’s trying to make up for SRK’s absence and ensuring the shoots go as per schedule as much as possible.

This person is none other than Prashant Walde, Shah Rukh Khan’s body double and who has a striking resemblance to the superstar. As per reports, Shah Rukh Khan shot for Atlee’s film on Saturday at South Mumbai’s B D Petit Parsee General Hospital till around 9:00 pm. The news of the cruise raid reached later and hence, SRK couldn’t make it to the same location on Sunday. The shoot, however, continued as Prashant Walde came to the rescue.

When contacted, Prashant Walde confirmed that he did shoot in Shah Rukh’s absence on Sunday. He also told this writer, “20 days of shoot is over. Around 180 days of shoot is still left.” When asked if he’ll be going to Spain to shoot for SRK’s portions before the superstar arrives in the European country, he replied, “I can’t comment. We get to know the schedule one night before. So I can’t tell you exactly.”

Prashant Wagle said that he’s hoping this crisis gets over soon. He said, “Bollywood ko chalane mein kuch logon hi haath hai. Ek insaan ki wajah se hazaaron logon ka ghar chalta hai. So its obvious that if he (Shah Rukh Khan) doesn’t work, then so many people will get affected. With great difficultly, things have come on track after the lockdown and now this problem has erupted.”

He also reacted to the negativity around Shah Rukh over this episode and stated, “The public doesn’t want to focus on the good deeds of Shah Rukh Khan. He played a major role in vaccinating so many people industry people and even their family members.”