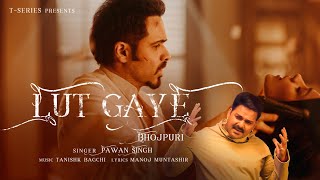 Pawan Singh Sing Bhojpuri version of Emraan Hashmi's Hit song 'Lut Gaye': Bhojpuri star Pawan Singh is creating panic in the Bhojpuri industry with his songs these days. Many of his superhit songs have been released one after the other, which are being heard a lot not only in Bhojpuri industry but also in other states. These days the trend of making Bhojpuri remakes of popular Bollywood songs is in full swing. In such a situation, Bhojpuri superstar Pawan Singh has sung the Bhojpuri version of Emraan Hashmi's superhit song 'Lut Gaye'.

The Bhojpuri version of Emraan Hashmi's hit song 'Loot Gaye' has been released on YouTube. It is written by Manoj Muntashir and Chhotu Yadav while music is given by Tanishk Bagchi. This song is trending at number 3 on YouTube. This song has got 2,556,569 views so far. The song is being well liked by the fans. The lyrics of the song are so great that people are listening to it again and again. Watch the video of this song below...

Pawan Singh shared a glimpse of his song 'Loot Gaye' on social media and captioned it, 'The magic of Loot Gaye Bhojpuri is once again giving us a glimpse of an unforgettable love story. The song has been released.

Talking about the workfront, Pawan Singh has achieved a different position in the Bhojpuri industry with his hard work and dedication. Fans not only like Pawan Singh's songs but also his films. Pawan Singh will be seen in many films like 'Mera Bharat Mahan', 'Hum Hain Rahi Pyaar Ke' and 'Swabhimaan' in the coming days.