There is a lot of drama happening inside the Bigg Boss house as shared in the new promo. In the promo of the next episode, Pratik Sehajpal is seen breaking the lock of the washroom door while Vidhi Pandya was taking a shower inside. After coming out, she is seen complaining to Karan Kundra, Jay Bhanushali, Vishal Kotian and others. 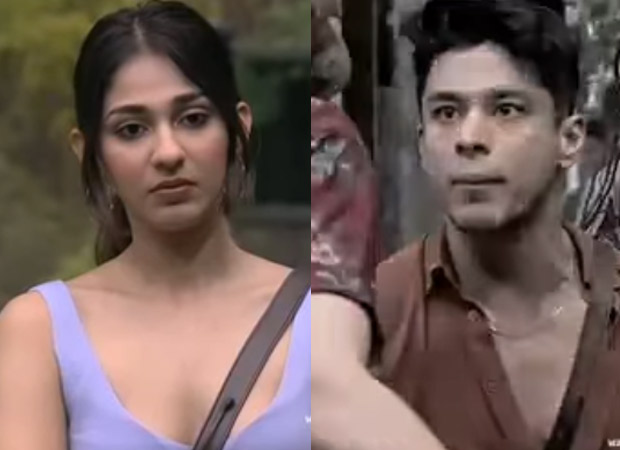 Later she goes into the garden area and asks Pratik, “Why would you do this when someone is taking a bath?” Vidhi looked angry and Tejasswi Prakash tells Pratik that even if his intentions are fine, it doesn’t look nice.  She says, “It’s a scary feeling as a girl.”

Pratik in his defense says that he doesn’t care if someone’s inside the washroom or not. Karan Kundra was quite pissed at his answer and tells him not to do this with a girl.

In another promo, we see contestants teasing Miesha Iyer and Ieshaan Shegaal over their growing closeness. They both laugh and blush and Miesha even says that they are ‘just friends’. While Karan Kundrra tells them they can sleep on the bench as they are always seen sitting together, Tejasswi asks Miesha if they will eat in the same plate.