Superstar Shah Rukh Khan’s son Aryan Khan was arrested by Narcotics Control Bureau (NCB) office on October 3 after a cruise ship was busted for drugs. On October 2, NCB conducted a raid at an ongoing rave party on Cordelia Cruises’ Empress ship in Mumbai following which 8 people were detained including Aryan. After hours of questioning, he was arrested under sections 20 (b), 27, 28 & 29 of the Narcotic Drugs and Psychotropic Substances (NDPS) Act. Along with Aryan Khan, Arbaz Merchant and Munmun Dhamecha were arrested as well. Later in the day, on October 3, Nupur Satija, Ishmeet Singh Chadha, Mohak Jaiswal, Gomit Chopra, and Vikrant Chhokar were also arrested. Now, the order was given later in the day  on October 4 and Aryan Khan, Arbaz Merchant, and Munmun Dhamecha have remanded to NCB custody till October 7 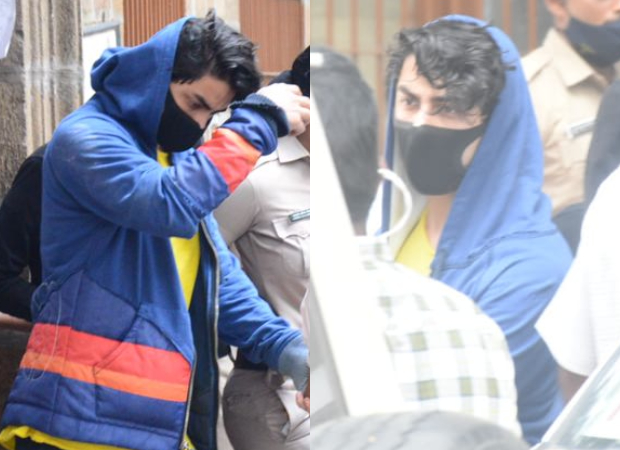 ASG Anil Singh appeared for NCB before a Mumbai Court. He said that Aryan Khan, Arbaz Seth Merchant and Munmun Dhamecha were booked under sections 8C, 20, 27, and 35 of the NDPS Act. The other five, who were arrested, are under investigation. NCB seeks 9 days of custody for the accused. According to ANI, NCB said that they found ‘shocking incriminating material’ on his phone.

“Unless we investigate the consumer how do we know who is the supplier, who is financing it?” the agency told the court, according to NDTV. NCB alleged that an international cartel is apparently involved in the case. Meanwhile, Aryan Khan’s lawyer Satish Maneshinde argued that the Khan was a special invitee to the cruise and cannot be roped in with the drug bust case. “They say they have found a conversation on the phone which leads them to the international drug trade. In my entire stay aboard I was not involved any drug usage,” said senior advocate Satish Manshinde, appearing for Aryan Khan, according to NDTV.

“They found something on his friend Arbaaz merchant. They found 6 gm which is a small quantity. The other seizures were not from any of them and with whom he has no connections,” Satish Maneshinde said. According to ANI, the lawyer said, “If any substance is seized from any other person (co-accused), that doesn’t make any ground to take my client into custody.”

Aryan Khan, asking for bail before the court, said, “One of the grounds for asking my custody is the seizure of commercial quantity from other accused. Commercial quantity seized from other accused cannot be foisted on me. They are talking about international drug trafficking which is a very serious charge and has to be backed by evidence. WhatsApp chat without any recovery is not of significance… in several cases learned judges have granted bail and not tagged entire seizure.”