Superstar Shah Rukh Khan’s son Aryan Khan was arrested by Narcotics Control Bureau (NCB) office on October 3 after a cruise ship was busted for drugs. On October 2, NCB conducted a raid at an ongoing rave party on Cordelia Cruises’ Empress ship in Mumbai following which 8 people were detained including Aryan. On Monday, he along with Arbaz Merchant and Munmun Dhamecha were sent to judicial custody till October 7. On Thursday, the court sent all the accused to the judicial custody post which Aryan’s counsel applied for bail. The bail hearing was heard before Addl Metropolitan Magistrate RM Nilekar and the court rejected the bail applications filed by Aryan Khan, Arbaaz Merchant, and Munmun Dhamecha. 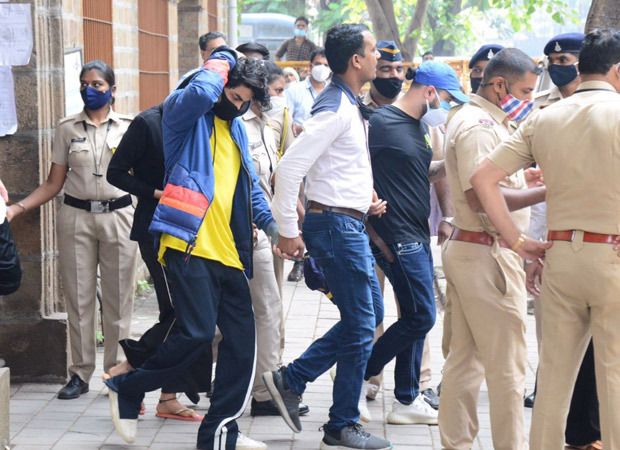 Aryan Khan’s bail plea read, “I am a 23-year-old with no prior antecedents.I happen to be from Bollywood. I went on an invitation, refused when asked if I have drugs. They were honest not to accuse me of anything else. Data from my mobile has been retrieved and sent for forensics.”

“I have parents and a family here. I have an Indian passport and I am not going to abscond. There is no question of tampering. I should be granted bail,” the plea further read.

After hearing arguments from both sides, the court said, “Heard, considered, decisions cited, applications are not maintainable hence rejected.”

All three accused will be taken to Arthur Road Jail in Mumbai and will be kept under judicial custody for the next 14 days.