Bunty Aur Babli 2’s lead pair Siddhant Chaturvedi and Sharvari to host a Diwali get-together for the industry – a first after two years!

Gully Boy hunk Siddhant Chaturvedi and the stunningly gorgeous debutant Sharvari is a refreshingly new Bollywood on-screen jodi that audiences will see in Yash Raj Films’ Bunty Aur Babli 2. Interestingly, this film will present them as a commercial hero and heroine for the first time in her movie career as they turn into the new Bunty and Babli respectively. The lead pair of this comedy are set to host a Diwali get-together for the media fraternity, the first one that the industry will have after two years due to the pandemic. 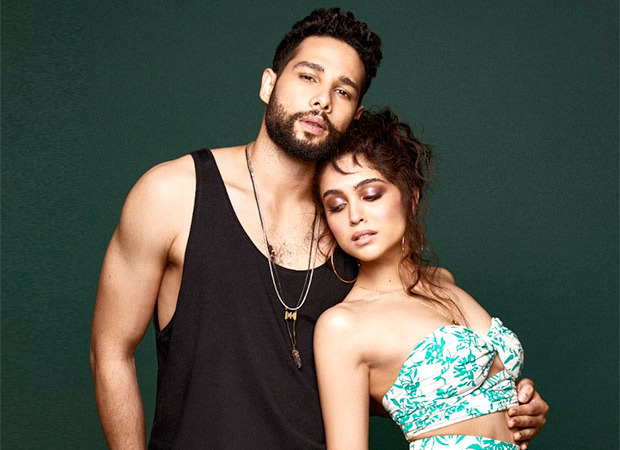 Siddhant says, “Bollywood films are synonymous with Indian celebrations. The film industry hasn’t been able to celebrate these big moments with people for the past two years, given the pandemic. I’m thrilled that films are making a comeback in theatres and I’m confident that audiences will come back to watch entertaining cinema.”

He adds, “Given the fact that we are promoting our film in a festive period, we have decided that we will celebrate this special moment in all our lives by hosting a Diwali get-together for our media fraternity. We haven’t had the chance to meet and connect with them in person for a while. So, we want to celebrate with them and tell each other that movies are back, celebrations are back”.

Sharvari says, “I have been looking forward to promoting my big-screen debut with media people because I have heard how warm and fun such events are. I’m glad that my first media outing is a cool Diwali get-together that we intend to host for them.”

She adds, “These are big moments for our film fraternity as we have not been able to do such gatherings due to the pandemic. We can’t wait to celebrate again and for our industry to bring in the smiles and the cheers that movies are known to deliver in abundance for people.”

Bunty Aur Babli 2 also features Saif Ali Khan and Rani Mukerji as the original Bunty and Babli. This comedy will pit two sets of con artists, from different generations, against each other as they try to prove who is the better con-couple.

Yash Raj Films’ out and out family entertainer Bunty Aur Babli 2, which is set to release worldwide on November 19, 2021, has been directed by Varun V. Sharma, who has worked as an Assistant Director in YRF’s biggest blockbusters Sultan and Tiger Zinda Hai.

ALSO READ: “Bunty Aur Babli 2 gave me the opportunity to speak in Marathi”- debutant Sharvari on how she got to speak in her mother-tongue

The post Bunty Aur Babli 2’s lead pair Siddhant Chaturvedi and Sharvari to host a Diwali get-together for the industry – a first after two years! appeared first on Bollywood Hungama.