Disney India today announced an exciting line-up of theatrical titles, beginning with the Super Hero spectacle Eternals, releasing this Diwali in 6 languages – English, Hindi, Tamil, Telugu, Kannada and Malayalam. The slate will bring in high-octane action adventures which will take the audience on a journey to the 4th phase of Marvel Cinematic Universe, starting with Eternals, Doctor Strange: Multiverse Of Madness, Thor: Love and Thunder, Black Panther: Wakanda Forever, Blade, The Marvels. The line-up also includes the much-awaited sequel to Avatar, and wholesome animation movies including Encanto, Lightyear, and Turning Red for the entire family. 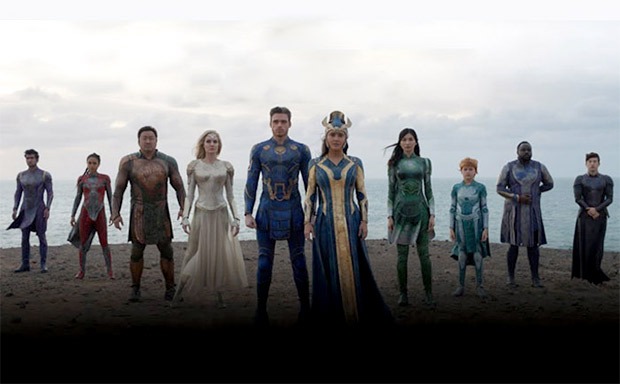 “Disney has always been at the forefront of innovative and immersive storytelling and we continue to stay committed to bringing unique stories that will entertain audiences across the country. In the coming months, we will have an exciting slate that includes many Super Hero spectacles ushering in the new phase of the Marvel Cinematic Universe starting with the release of Eternals this Diwali. Cinema has always been a key medium that brings people together for memorable experiences, and we are looking forward to creating magic on the big screen once again with our diverse and exciting content,” said Bikram Duggal, Vice President and Head of Studios, Star & Disney India.