Drugs on cruise case: Arbaaz Merchant’s father shares the conversation his son had with Aryan Khan in jail; says it surprised him

Arbaaz Merchant is a co-accused in the drugs on cruise case in which Shah Rukh Khan’s son Aryan Khan has also been arrested. The two are currently lodged in Arthur Road Jail. 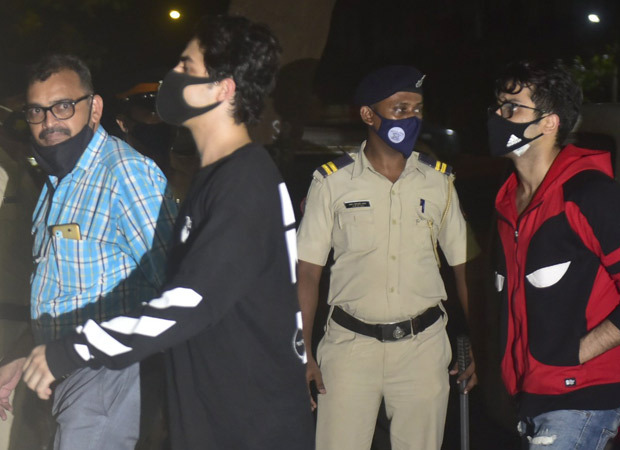 Like Aryan Khan, Arbaaz Merchant’s bail has also been denied till now. Aslam Merchant, Arbaaz’s father while talking to a daily said that his son is unable to sleep and getting anxiety attacks. He said that his son has been enquiring about the development in the case every time they meet.

Arbaaz also told him something that left him surprised. Aslam said that Arbaaz and Aryan are good friends and they share their thoughts with each other. Aryan told Arbaaz that he was surprised that this episode has gone for as long as it has. Aslam further said that both boys were expecting this to get resolved sooner. They are taken aback by how much time it is taking for their bail.

Aryan and Arbaaz were arrested on October 3 along with a few others after the NCB conducted a raid on a cruise ship off the Mumbai coast. While Aryan was not found in possession of drugs, he has been accused of having links with an international drug ring and being involved in trafficking on the basis of his WhatsApp chats.

The post Drugs on cruise case: Arbaaz Merchant’s father shares the conversation his son had with Aryan Khan in jail; says it surprised him appeared first on Bollywood Hungama.