Jacqueline Fernandez as an actress, dancer, entertainer has over the years captivated the audiences. However, the actress’s humanitarian side has been on the forefront for everyone to see ever since she launched her foundation YOLO, during pandemic, to help people in need. Jacqueline has time and again helped people in need and USF organization backed by the actress has now taken it upon them to help 40 young girls change their lives. 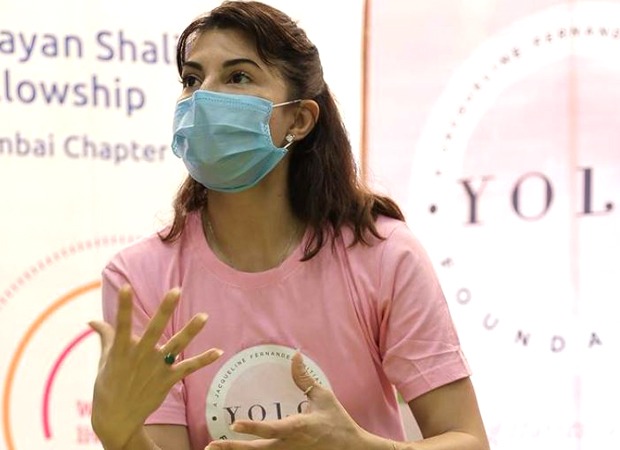 Jacqueline’s YOLO in collaboration with United Sister’s Foundation has announced that beginning this 24th October as many as 40 young girls will be helped in changing their lives as they will embark on their new journey in order to become dignified and independent. The actress has invited people to be a part of the induction ceremony, where she will be the chief guest, at 10 am on 24th of October as the actress wrote, “I feel humbled to be a part of this organisation @usf_mumbai where they have pledged to change lives of many young girls or Shalinis as they say. Tomorrow on 24th of October at 10:00 am, they are starting with their new chapter by inducting 40 new Shalinis to embark on their journey of becoming dignified and independent women of today!
I am as excited as these young girls and so glad to extend my support and be a part of their lives . Join the induction event of these young girls along with me via Youtube Live LINK IN BIO. I am sure you don’t want to miss it!@jf.yolofoundation@usf_mumbai #yolo #educate #kindness #spreadlove”.

Jacqueline’s YOLO foundation pledged to donate masks and sanitizers to the Mumbai police force. They also took upon themselves the responsibility of feeding one lakh meals daily to people in need and to also feed the strays. Other than that the actress has also adopted a couple of villages and performed other selfless deeds in the past.