Actor Kartik Aaryan seems to be busy with his schedule lately. The actor is shooting back to back. After completing the filming for two films, Freddy and Bhool Bhulaiyaa 2, Kartik is all to set to begin his third film titled Shehzada starring alongside Kriti Sanon. 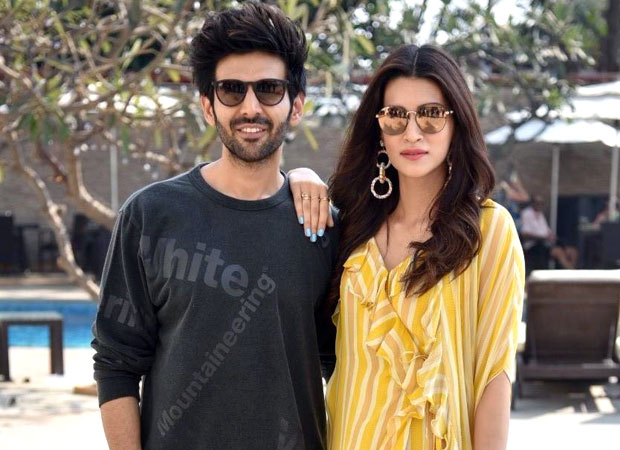 According to the reports, the actor will be playing the titular role in the film. Being helmed by director Rohit Dhawan, Shehzada is expected to start rolling in October. Kartik will be reuniting with his Luka Chuppi co-star, Kriti Sanon for the film.

The film is said to be a remake of the Allu Arjun-starrer Telugu movie, Ala Vaikunthapurramuloo, which had also featured Pooja Hegde. The film is being produced by the makers of Shahid Kapoor’s Jersey, Allu Arvind, Aman Gill and S Radha Krishna. It has also been speculated that Manisha Koirala could be a part of the film, playing a role that was done by Tabu in the Telugu original.

He recently shared his unique new version of the ‘Butta Bomma’ song, which featured Allu Arjun from the same film, Ala Vaikunthapurramuloo.

Shehzada is likely to go on floor in mid-October and will be shot in Mumbai.

Also Read: Kartik Aaryan and Alaya F share pictures and videos from the sets of Freddy as they wrap the shoot of the film