Kartik Aaryan rolling out titles of films as if flipping pages of a book. The announcement of Shehzada, his upcoming next, directed by Rohit Dhawan makes it the third film he is working on this year. Reuniting with his Luka Chuppi co-star, Kriti Sanon in this film, Kartik is set to fill in the big shoes of Allu Arjun who essayed the lead role in the original film, Ala Vaikunthapurramuloo. One of the biggest hits of 2020, down south, will now be recreated for the Hindi audiences. 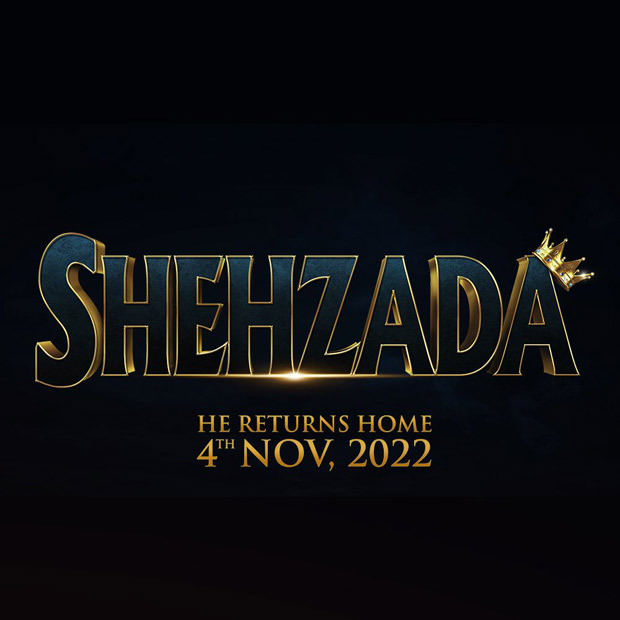 The actor had earlier also shared a dance video on the song ‘Butta Bomma‘ from the film Ala Vaikunthapurramuloo featuring Allu Arjun in his swagger. The makers and cast took to their social media accounts today and released the film’s logo giving us a glimpse and vibe of the film, along with announcing the theatrical release date, 4th November 2022!! With the recent announcement of Shehzada, Kartik Aaryan has given his fans yet another boost of excitement and anticipation. Taking to his social media to make the announcement, Kartik Aaryan shared, “#Shehzada. Duniya ka Sabse Gareeb Prince

‘Shehzada’ an action-packed, musical, family film will be shot over various schedules in Mumbai & Delhi in the next several months. Rohit Dhawan is once again collaborating with music director Pritam to bring us fresh foot tapping numbers.

Producer Bhushan Kumar says, “I’ve been wanting to mount a big scale family action-packed musical film for a long time, I’m excited to be teaming up with Rohit Dhawan, Allu Arvind and Aman Gill on this film, I’m eagerly looking forward to the magic Kartik, Kriti, Pritam and the rest of the team will create in ‘Shehzada.’”

Producer Aman Gill says, “Rohit has been working diligently and passionately over the last year to mount ‘Shehzada’ in the biggest possible way, we all are excited to back his vision in bringing this film to audiences on the big screen in theatres next year. Allu sir and I are very happy to collaborate with Bhushanji for this film.”

The film will be hitting screens on 4th November 2022.