On Sunday, the residents of Madhuban in Vasai East near Mumbai were pleasantly surprised when they found innumerable Rs. 2000 notes scattered on the street. A few of them ran to gather as many currency notes as possible only to realize that the notes were fake. Nevertheless, the amusement of the locals soon changed to anger as it came to light that the notes were scattered as part of the shoot of the web series titled Sunny, starring Shahid Kapoor. What infuriated people were that these currency notes had the portrait of Mahatma Gandhi. Hence, they have accused the makers of insulting the Father of the Nation. 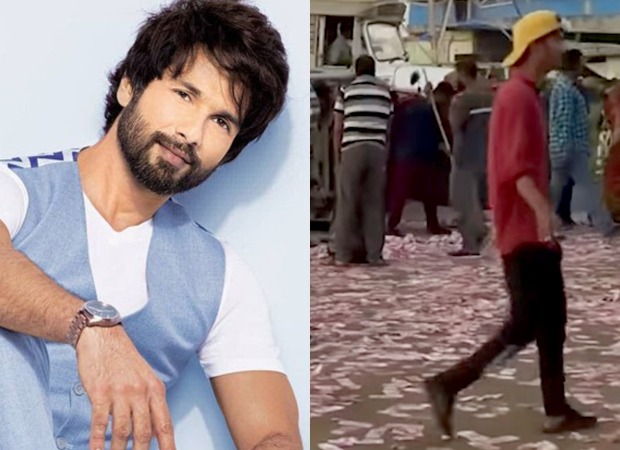 As per a report in a tabloid, the former Shiv Sena corporator Kiran Chendvankar said that the notes were used for an accident sequence in the web series, which is directed by The Family Man director duo Raj Nidimoru and Krishna DK. She claimed that as per the sequence in the series, these notes fall off after a vehicle meets with an accident. As a result, these Rs. 2000 notes scatter all over the road.

However, the locals have wondered why the production team didn’t collect these currency notes after the shoot was done. Instead, they allege that the unit of the film simply left after shooting the scene. As a result, the residents were forced to walk on them and in turn, disrespect Mahatma Gandhi. Kiran Chendvankar was seen posing with some of the torn Rs. 2000 notes used in the shoot. She said that the notes are duplicates and it’s mentioned on them that it is issued by Children Bank of India. However, the notes have the picture of Gandhi and hence the anger.

As per the tabloid’s report, even on Monday, the notes were lying on the road and were not yet cleared. Some locals have now demanded a police complaint against the makers of the Shahid Kapoor-starrer.

The matter has already reached the police. The Zonal Deputy Commissioner of Police, Sanjay Kumar Patil, told the tabloid that the makers had secured the appropriate permissions for the shoot. He added that they have begun inquiry over the alleged disrespect meted out to Mahatma Gandhi.

A spokesperson of Sunny’s producers told the tabloid that they had a dedicated team to ensure that no fake notes were left behind at the location. They also assured that they have the utmost respect for Mahatma Gandhi and had no intention of disrespecting him.

Also Read: Shahid Kapoor loved Samantha Akkineni’s performance in ‘The Family Man 2’, expresses his desire to work with her