South Korean pop group MONSTA X, best known for their powerful, iconic, and superb performances, is set to bring MONSTA X: THE DREAMING to movie theaters in more than 70 countries beginning in Korea on December 8 and worldwide December 9 and 11. Challenge, evolve, dream, and celebrate the magnificent achievements and the stunning tomorrow of MONSTA X with MONSTA X: THE DREAMING. 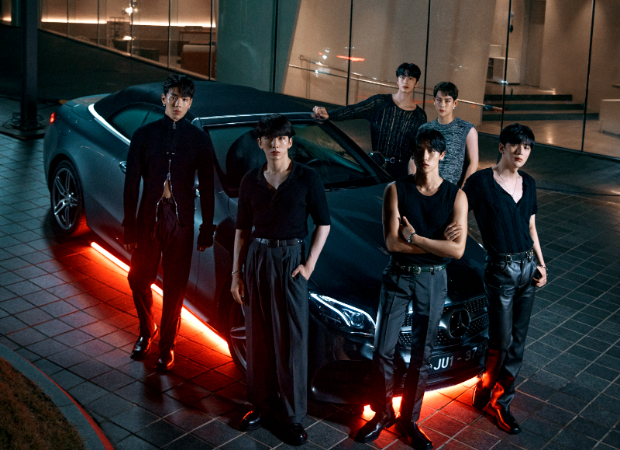 Composed of six members -Shownu, Minhyuk, Kihyun, Hyungwon, Joohoney, and I.M- this brand-new film gives an intimate look at MONSTA X’s rigorous journey over the past six years including exclusive one-on-one interviews with each individual member, personal stories from their time in America and a special concert clip exclusively for their fans. This unmissable cinema event also includes high-energy musical performances of their chart-topping hits along with an exclusive first look of The Dreaming, ‘One Day‘, and more from their upcoming album, MONSTA X: THE DREAMING. Currently, ‘One Day’ is sitting at No. 32 on US Top 40 Radio, and continuing to climb the charts. This marks the group’s third Top 40 single — and as Forbes reports, makes Monsta X only the second K-pop group in history to appear on the chart more than once.

MONSTA X have been topping charts worldwide since their formation. Since 2018, the group have four Japanese singles certified gold by the Recording Industry Association of Japan. Since 2019, four of their Korean albums have been awarded platinum by the Korea Music Content Association. In February 2020, their first English album All About Luv ranked number five on the US Billboard 200, making them the third K-Pop group ever to chart within the Top 10.

Where available, the audience will be able to enjoy the film on various formats around the world including ScreenX; an expanded three-screen system utilizing the front screen as well as the sidewalls of a theater, 4DX; the world’s first commercial multi-sensory theater providing over 20 different motion and environmental effects as though in an actual live concert, and 4DX Screen; a combination of both ScreenX and “4DX.