English actress Phoebe Waller-Bridge and Irish actress Fiona Shaw are confirmed to join the ensemble cast of John Krasinski‘s upcoming untitled fantasy-comedy for Paramount. In addition to directing and writing the high-profile movie, Krasinski will also be starring opposite Ryan Reynolds, as previously announced. While the plot details are kept under wraps, the story is said to be based on an original idea of Krasinski’s about a child’s journey to rediscover their imagination. 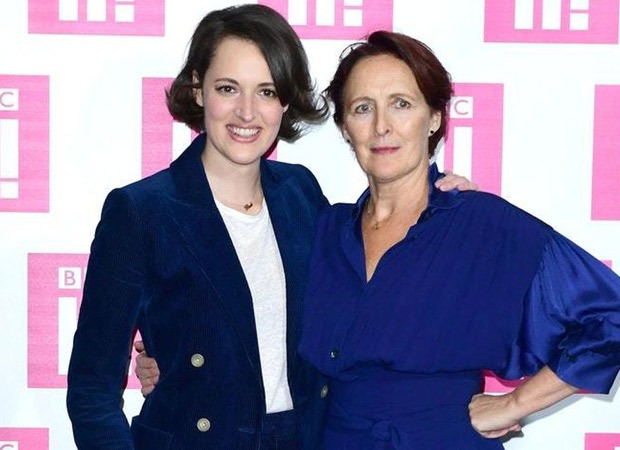 Waller-Bridge is the Emmy-winning creator of the hit British series Fleabag and Killing Eve (she also starred in the former). The British writer-actress-producer is currently in production on Indiana Jones 5 and contributed to the script of the latest James Bond film, No Time to Die.

Waller-Bridge and Shaw will be reuniting after Shaw starred in Killing Eve and guest-starred on Fleabag. She also earned Emmy nominations for both. Shaw’s other credits include playing Aunt Petunia Dursley in the Harry Potter movies, and Ammonite. Upcoming, the Irish actress will appear in the Star Wars series Andor for Disney+.

Krasinski is producing the untitled film with his Sunday Night partners Allyson Seeger and Andrew Form. Reynolds is also a producer via his company, Maximum Effort; while Maximum Effort’s George Dewey will executive produce.Both Krasinski and Reynolds’ production banners have first-look deals with Paramount. The Maximum Effort pact was struck when former 20th Century Fox production chief Emma Watts who shepherded Reynolds’ Deadpool franchise came to Paramount in mid-2020 but has recently departed.

The shooting for untitled fantasy-comedy is expected to being shooting summer 2022and is scheduled to have a Thanksgiving 2023 release.