Pune Police’s Crime Branch has arrested Kiran Gosavi, who was one of the independent witnesses of the Narcotics Control Bureau (NCB) in the cruise ship drugs seizure case and whose selfie with Shah Rukh Khan’s son Aryan Khan went viral on social media. Pune police had issued a lookout circular against Kiran Gosavi. It was in connection with a 2018 cheating case registered in Pune, an official said earlier. A lookout circular is a notice that prevents a person from leaving the country. The cops had arrested his female assistant Sherbano Qureshi on 18 October, in a fraud case registered against him with Faraskhana police station. 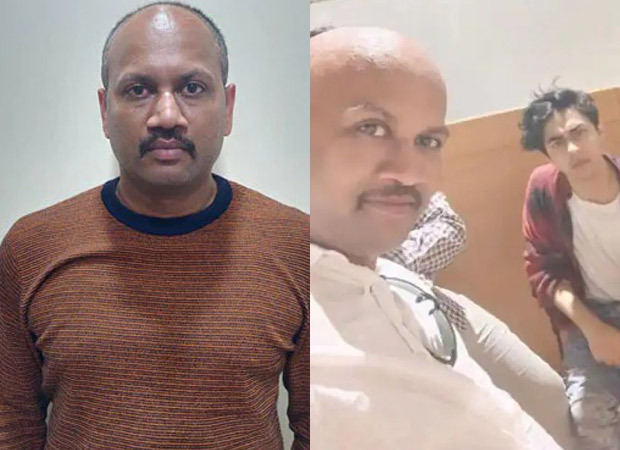 On Wednesday, October 27, Kiran Gosavi reportedly travelled to Pune and had told a news channel that he would be appearing before NCB officers following which he would surrender to Pune Police. However, he was nabbed by the Crime Branch on October 28 morning before he travels to Mumbai, according to the Pune Police Commissioner.

Prior to his arrest in Pune, Kiran Gosavi had released a video statement, according to Indian Express, in which he said, “I would like to say something about Prabhakar Sail (one of the witnesses in the Aryan Khan case who has alleged that he was made to sign on a blank statement by the NCB). He is lying. Whatever allegations he has made are false. Who spoke with Sam D’Souza? And who took how much money? What are the offers that Prabhakar Sail has received in the last five days? This all will be clearly understood from his call and chat records.

He added, “The CDR report and mobile conversation of Prabhakar Sail and his brothers should be checked. If I had told Prabhakar to bring money from one place to another, check my mobile chats too. I have a business of import and export and before (Oct 2), I might have told him. But it’s my request to check all chats and CDRs of Sail after October 2. He must have deleted it but that can be recovered. If Mumbai Police has taken up the case, then they should even check which minister or politician is behind all of this.”

According to ANI News, Pune City Police Commissioner Amitabh Gupta earlier said that Kiran Gosavi is accused of duping Pune-based Chinmay Deshmukh for Rs 3.9 lakh in the name of giving him a job in the hotel industry in Malaysia. Pune Police Commissioner, Amitabh Gupta said that they have issued a lookout circular notice against K P Gosavi, who has been absconding in a 2018 cheating case registered against him with the Faraskhana police station.

Meanwhile, another name that has made headlines is Manish Bhanushali, reportedly a worker with BJP. he was allegedly the informant to NCB about the drugs party on the cruise and was a key witness in the raids. He was also seen taking Aryan Khan to the NCB office amid the raid. Bhanushali has been summoned by Mumbai Police. The cops are conducting an inquiry into four complaints filed by independent witness Prabhakar Sail who has alleged NCB’s Zonal Director Sameer Wankhede and middlemen allegedly tried to extort Rs. 25 crore from Shah Rukh Khan for the release of Aryan Khan; lawyers Sudha Dwivedi and Kanishka Jain, and Nitin Deshmukh. These complaints have been clubbed together. Earlier this week, the police recorded Sail’s statement after he released a video and an affidavit making strong claims against NCB.

Meanwhile, the Bombay High Court will continue the bail plea hearing of Aryan Khan on October 28.