On Sunday, actor Ghanashyam Nayak, who was popularly known for his portrayal of Natu Kaka in Taarak Mehta Ka Ooltah Chashmah passed away at the age of 77. The senior actor had undergone surgery last year after getting diagnosed with cancer. 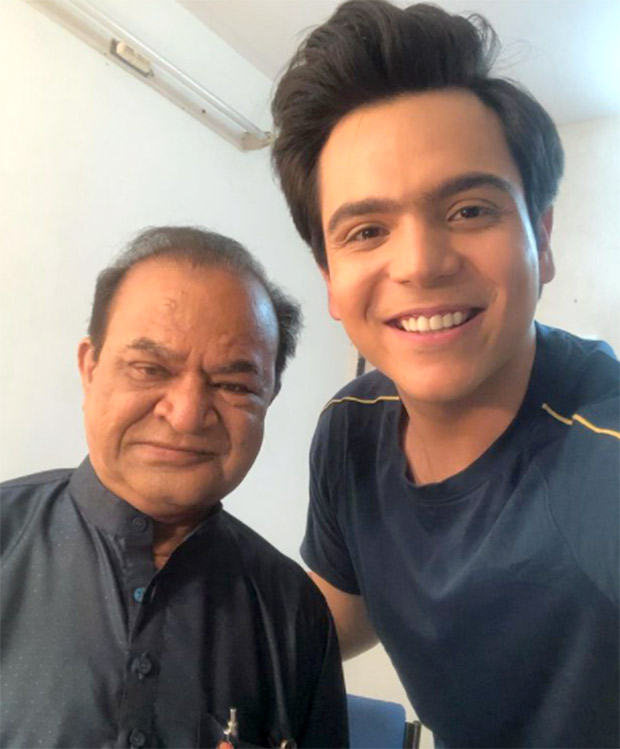 Mourning his death and remembering him for the great actor that he is, Raj Anadkat took to his Instagram handle and penned a heartfelt note for the late star. In his note, Raj revealed that Nayak and he shared makeup and added that the latter was elated when he returned to the sets after a long gap. He also mentioned that Nayak’s hard work and dedication at his age was ‘commendable’.

Sharing a picture with the late actor, the caption read, “Me and kaka was sharing a makeup and he had come on set after a long time. He entered the room and said ‘aaav beta kem che’ I took his blessings and he was so happy coming back on set after so many days. He asked me about my family and said ‘saras, bhagwan badhanu bhalu Kare’. His dedication and hard work at such age was commendable.” “Will never forget those anecdotes he used to share. Kaka you will always be remembered,” he added.

Nayak started as a child artiste in 1960 and went on to have a crowded career in Gujarati and Hindi films and on the Gujarati stage. During his career, Nayak worked in around 100 Gujarati and Hindi films, along with his work in approximately 350 Hindi television serials. He even lent his voice as a playback singer, teaming up with Asha Bhosle and Mahendra Kapoor.

He’ll however be remembered most fondly for playing Natwarlal Prabhashankar Undhaiwala aka Nattu Kaka, who handles the accounts section of the electricals store run by the serial’s principal character, Jethalal Gada, essayed by Dilip Joshi.