SCOOP: Emraan Hashmi’s horror film Dybbuk expected to clash on digital with Meenakshi Sundareshwar and Hum Do Hamare Do in the Diwali week

It’s a common trend to release exciting films on festivals in cinemas, when the footfalls are generally expected to be high. This trend was picked up by digital platforms as well, more so after OTT saw a rise in subscriptions due to the pandemic. Last year, on Diwali, the three major streaming giants – Disney+ Hotstar, Netflix and Amazon Prime – premiered Akshay Kumar’s horror comedy Laxmii, Anurag Basu’s quirky anthology Ludo and the light-hearted entertainer Chhalaang respectively in the Diwali week. This year, the theatres in Maharashtra will resume operations 2 weeks before Diwali. But the OTT releases will continue and we’ll have yet another clash happening on digital in the week of the Festival of Lights. 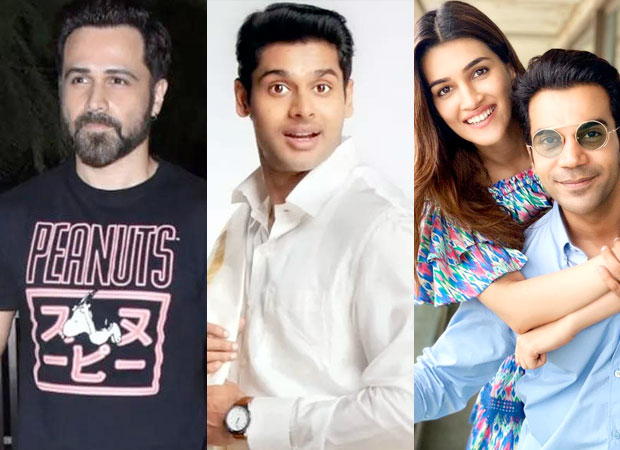 Netflix was the first one to announce that it’ll be releasing Meenakshi Sundareshwar on the day of Diwali, that is, November 5. It stars Sanya Malhotra and Abhimanyu Dassani and is produced by Karan Johar’s Dharmatic Entertainment. A few days later, it came to light that Disney+ Hotstar will premiere Hum Do Hamare Do on October 29. Starring Rajkummar Rao, Kriti Sanon, Paresh Rawal and Ratna Pathak Shah, it is directed by Abhishek Jain and produced by Dinesh Vijan.

And now Bollywood Hungama has found out that Amazon Prime is also planning to bring out a film in this festive week. A source told us, “The head honchos at Amazon have decided to premiere Dybbuk. It’s a horror film starring Emraan Hashmi. Diwali is usually associated with light-hearted films. But by releasing Dybbuk in the festival, they want to stand out and are confident that viewers will be willing to check out this scarefest amidst the festive fervour.”

However, the source said that the exact date of its release is not known yet. “Amazon is eyeing Diwali week. The trailer of the film will be out on October 20. The release date will be announced with the trailer or a day before.”

Dybbuk is the official remake of the Malayalam film Ezra (2017) and is produced by Bhushan Kumar, Krishan Kumar, Kumar Mangat Pathak and Abhishek Pathak. It is directed by Jay Krishnan, who also directed the original version.

Also Read: Emraan Hashmi to star alongside Akshay Kumar in the Hindi remake of the Malayalam film Driving License

The post SCOOP: Emraan Hashmi’s horror film Dybbuk expected to clash on digital with Meenakshi Sundareshwar and Hum Do Hamare Do in the Diwali week appeared first on Bollywood Hungama.