This Diwali, movie goers are in for a treat with the Rohit Shetty directorial Sooryavanshi slated to hit screens. Starring Akshay Kumar and Katrina Kaif the film also features Ranveer Singh and Ajay Devgn making appearances as their respective avatars from the films Simmba and Singham. Interestingly, Sooryavanshi promises to be an action packed entertainer that will leave the audience on the edge of their seats. But before its release, Bollywood Hungama has learnt that unlike conventional promotions for releases, Shetty has decided to opt for a unique approach with Sooryavanshi. 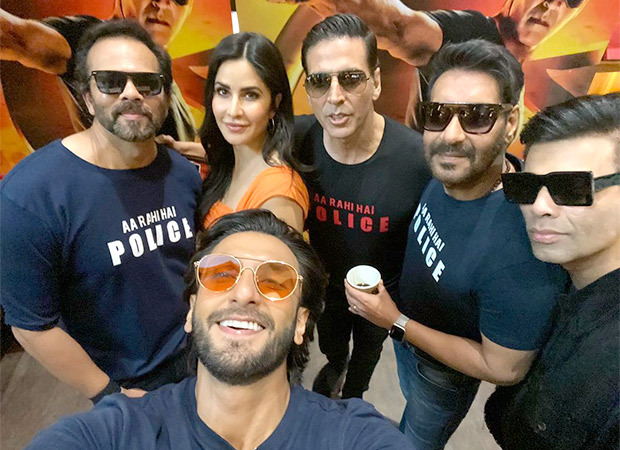 Apart from what we earlier reported, that most of the promotion would be driven with the music of the film, we have also learnt that Shetty has come up with a video feature for Sooryavanshi as well. Speaking to Bollywood Hungama, a source tells us, “Rohit will also be shooting multiple independent videos with Ajay Devgn, Akshay Kumar and Ranveer Singh. In fact, he wrapped up shooting the said videos just this week at PVR cinemas. It’s the first cop universe film and he wishes to position it as something that brings 3 superstars together for the first time. Also, Rohit might unveil a teaser too featuring all the 3 cops closer to the film’s release.”

The said videos will be used as promotional material that will help build the buzz in the run up to the release of the film. Further ask the source for more details about Ajay and Ranveer’s characters in Sooryavanshi and he adds, “Ajay and Ranveer have a 30 minute plus screen presence in Sooryavanshi.” With both actors featuring for quite a while in the film fans can expect some high octane action sequences.