After the Narcotics Control Bureau busted an alleged rave party and seized several drugs; several people were detained including one of them being Shah Rukh Khan’s son, Aryan Khan. Today, he was arrested along with seven others under several NDPS Act. While all of Bollywood remains silent on the arrest of the young star kid, actor Suniel Shetty has spoken up on the subject. After the star kid was detained earlier in the day, Shetty urged everyone to ‘let the boy breathe’. 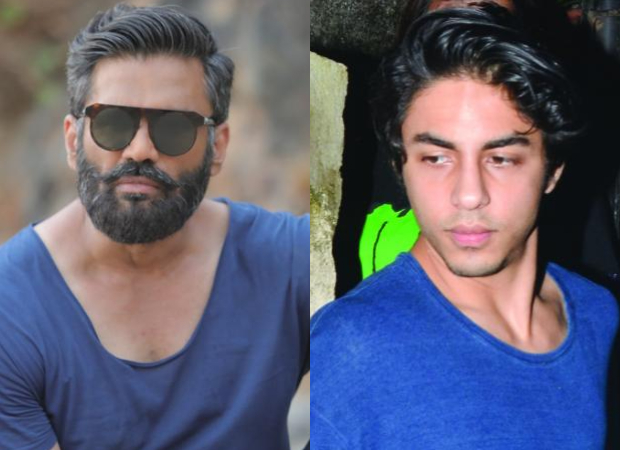 Suniel Shetty told ANI, “The fact is, whenever there’s a raid, many people are taken. We assume that this child has consumed something, or this child has done that. The investigation is underway. Let’s give that child a breather. Whenever something like this from our industry happens, the media cracks down on it, and we make assumptions, give the child an opportunity, let the real reports come out, till then, he’s a child, taking care of him is our responsibility.”

A drug bust raid was conducted by NCB at an ongoing rave party on Cordelia Cruises’ Empress ship in Mumbai. On October 2, Aryan Khan was detained at the NCB office for questioning in the drug bust case. After hours of questioning, he was arrested under sections 20 (b), 27, 28 & 29 of the Narcotic Drugs and Psychotropic Substances (NDPS) Act. Along with Aryan Khan, Arbaz Merchant and Munmun Dhamecha were arrested as well. Later, Nupur Satija, Ishmeet Singh Chadha, Mohak jaiswal, Gomit Chopra and Vikrant Chhokar were also arrested.