The INSIDE Story: Salman Khan wanted to release Antim on Diwali; the superstar averted the clash with Akshay Kumar’s Sooryavanshi on Rohit Shetty’s request

The much awaited film Sooryavanshi, starring Akshay Kumar, is all set to release in a week and the excitement everywhere is tremendous. Not just fans, but even the industry members have been tweeting in support as it’s the first big Hindi film to release on the big screen after nearly 18 months. Bollywood Hungama has now found out that a prominent industry person also stepped in to ensure that Sooryavanshi did not face any obstacles at the box office. And that person is none other than superstar Salman Khan. 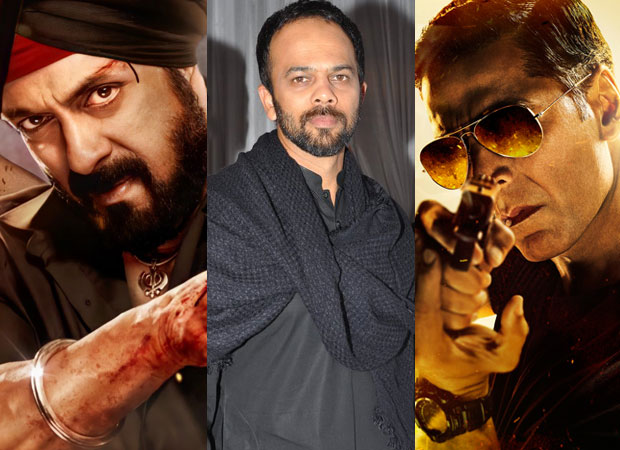 A source told us, “Salman Khan was looking at a date to release his film Antim – The Final Truth, co-starring Aayush Sharma. One of the dates he was eyeing was November 5, which is also the day Sooryavanshi releases. When Sooryavanshi’s director and co-producer Rohit Shetty learnt about this development, he met Salman Khan and requested him to avoid clashing with his film. He told the superstar that a solo release was important for a big film like Sooryavanshi.”

The source continued, “Salman Khan agreed with Rohit Shetty’s point. He realized that if Antim – The Final Truth will clash with Sooryavanshi, then the screens will get divided and it may harm both the films, particularly Sooryavanshi, as it’s quite a big-budget fare. Hence, Salman gracefully decided not to release Antim – The Final Truth on November 5. He finally decided to bring the Mahesh Manjrekar-directorial on November 26.”

Interestingly, Rohit Shetty and Sooryavanshi’s leading lady Katrina Kaif went to promote their action packed film on ‘Bigg Boss 15’ which is hosted by Salman Khan. The shoot of this episode took place yesterday.

A trade expert shared with Bollywood Hungama, “This shows the love and brotherhood among the people of the Bollywood fraternity. Rohit Shetty has waited for nearly 18-19 months to release his film in cinemas. He didn’t take the OTT route and it’s good to see that the industry is giving him full support to ensure that his film gets the best possible showcasing. It’s also heartening to see that no film is releasing on November 12, that is, a week after Sooryavanshi.”

The post The INSIDE Story: Salman Khan wanted to release Antim on Diwali; the superstar averted the clash with Akshay Kumar’s Sooryavanshi on Rohit Shetty’s request appeared first on Bollywood Hungama.