Timothée Chalamet and Zendaya starrer Dune sequel confirmed; will release in theatres in 2023

Timothée Chalamet and Zendaya starrer Dune sequel confirmed. Legendary Pictures announced the news in a tweet on October 27, ensuring that the spice will continue to flow on screen. Warner Bros. will distribute and help finance the film, but Legendary Pictures is the primary financier and owns the film rights to the book series. The film is expected to have an exclusive theatrical run, and Legendary Pictures will almost certainly emphasise that point after Dune debuted in theatres and on HBO Max last week. Dune: Part 2 will be released in theatres on October 20, 2023. 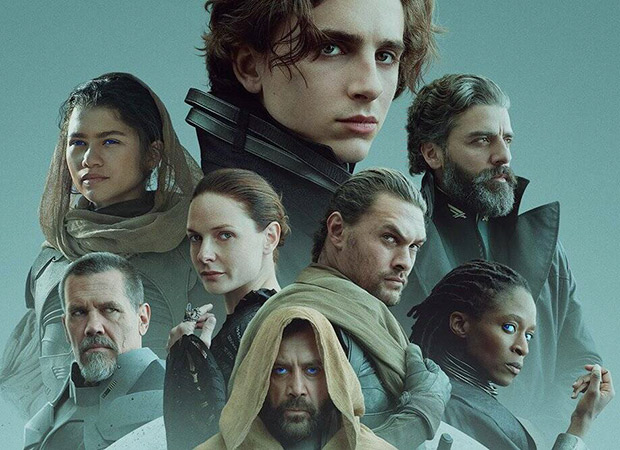 A return to Arrakis was always in the cards. In interviews, director Denis Villeneuve stated unequivocally that his adaptation of Frank Herbert’s novel would be split into two parts. The film’s opening title sequence, in fact, boldly read Dune: Part 1.

During an interview with Variety at the Toronto Film Festival, Villeneuve stated, “I wanted to do the two parts simultaneously at first.” It didn’t happen for a variety of reasons, so I accepted the challenge of making part one and then waiting to see if the movie generates enough enthusiasm… I put all of my passion into the first part, fearing that it would be the only one. But I’m not pessimistic.”

There’s still a lot of storey to be told. Dune: Part 1 concludes with Timothée Chalamet’s Paul Atreides, the series’ central Messianic figure, seeking refuge from enemies in the desert. Dune: Part 2 will follow his efforts to exact vengeance on the noble families who assassinated his father, Duke Leto Atreides, and reclaim power.

In the case of Dune, the two studios and Villeneuve had nothing but positive things to say when they officially announced the next instalment. “We would not have gotten to this point without Denis’ extraordinary vision and the amazing work of his talented crew, the writers, our stellar cast, our partners at Warner Bros., and, of course, the fans!” said Legendary. “Dune, Dune, Dune.”

“We are thrilled to continue on this journey with Denis and his cast and crew, and our partners at Legendary, and can’t wait to bring the next chapter of this epic tale to theatres in October 2023,” said Warner Bros. Pictures Group chairman Toby Emmerich, as per Variety.

Chalamet, Zendaya, Rebecca Ferguson, Oscar Isaac, Josh Brolin, Stellan Skarsgard, Dave Bautista, Stephen McKinley Henderson, Jason Momoa, and Javier Bardem star in the first Dune film. The cast for the film’s second instalment has yet to be announced, but many members of the ensemble, including Chalamet, have stated their willingness to return for more.

There’s also a lot more Dune to be had than just one sequel. Herbert went on to write several more novels set in the Dune-everse, though the later books become more arcane and less reader-friendly.

The post Timothée Chalamet and Zendaya starrer Dune sequel confirmed; will release in theatres in 2023 appeared first on Bollywood Hungama.