The much awaited film, Sooryavanshi, is all set to release in four days, on November 5. The excitement is sky-high but surprisingly, the advance booking hasn’t opened yet in many cinemas and especially in the national multiplex chains like Inox, PVR and Cinepolis. This is because the cinemas and the producers of the film are in negotiations over two aspects. 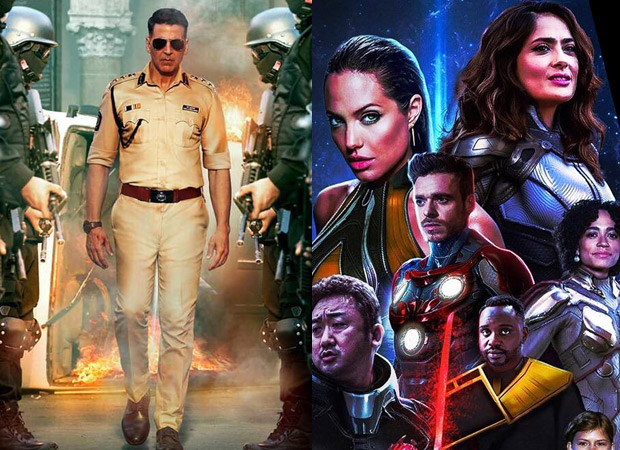 A source told Bollywood Hungama, “Before the pandemic, the revenue sharing model was fixed since 2009 and the film industry was following it to the T. But post pandemic, the producers have been asking for a larger share. Sooryavanshi’s producers have asked for 60% revenue in Week 1, 55% in Week 2 and 50% in Week 3 and 4, from single screens, standalone multiplexes and non-national multiplexes. As for the national chains, the negotiations are going on and it’s expected to not be as high as 60% in the first week. Both parties are expected to reach an agreement by today (Monday) evening or latest by Tuesday afternoon.”

The source added, “The single screens and standalone multiplexes have requested that they want the same terms of revenue sharing as the national multiplexes. A solution will be reached on this front soon. Those theatres which have 2k format can at least make it clear that in the absence of reasonable revenue sharing for Sooryavanshi, they’ll go ahead and give all their shows to Disney’s Eternals, which is also releasing on November 5. However, the non-2k theatres won’t have this choice as Hollywood films are not allowed to be released in such cinemas. Hence, they have no choice but to screen Sooryavanshi and are hoping that a solution is reached soon.”

The other aspect where there’s no clear consensus is over screen sharing. The source revealed, “We have heard that Reliance has said that they want maximum shows of Sooryavanshi in multiplexes and nearly 100% of shows in theatres with 3 or less than 3 screens. This means that smaller theatres are not being allowed to show Eternals. Disney, on the other hand, has demanded at least some showcasing for their film in these theatres. It is going all out in making it clear to the exhibitors that Eternals is a big film and deserves to be played.”

The source remarked, “It is for the first time probably that we are seeing Disney go all out in ensuring that its film gets a good number of shows in cinemas. The success of the previous Marvel film, Shang-Chi And The Legend Of The Ten Rings, must have motivated them to do so. Also, they see immense potential in the Indian market and feel Eternals can be a good way to accelerate their road to the expansion of business in the country.” The trade source added, “Disney and Fox have an enviable slate in 2022. Hence, the exhibitors are wary of getting into their bad books.”

In the midst, the exhibitors are suffering. An exhibitor sighed, “Instead of these studios sitting across the table and solving the issue, they prefer to arm-twist us. We don’t want to hurt either Reliance or Disney and want to provide a reasonable number of shows to Sooryavanshi as well as Eternals. We are just waiting and hoping a consensus is met and also that revenue sharing is reasonable.”

The exhibitor also asked, “We never thought this problem would arise in the case of Sooryavanshi and Eternals. I now wonder what will happen in the week when Antim and Satyameva Jayate 2 would clash. And there are many more clashes taking place in the future.”

However, an industry insider assured that all will be well, “It’ll be a Happy Diwali for producers and exhibitors. This is not the first such instance and we are sure all the parties concerned would reach an agreement soon. These studios understand the plight and require theatres and the theatres also want these films to release so that they earn to their heart’s content, which they haven’t been able to since March 2020. Just give it some time and things will be fine.”

Also Read: EXCLUSIVE: “I am not the antagonist in Sooryavanshi” – says Gulshan Grover

The post Advance booking for Sooryavanshi and Eternals yet to open in multiplex chains due to revenue sharing and show-sharing issues appeared first on Bollywood Hungama.